Marking our exit from the EU

There will not I think be any evening of television hosted by Jools Holland, with streamers, fizz and jazz bands, on the 31st January to mark our departure from the EU. There will, though, I strongly suspect, be lots of firework displays, which will pose the police with an interesting problem.

The current firework laws allow fireworks only until 11pm other than on Guy Fawkes night, Diwali, Chinese New Year and Christian new year. One of the quirks of the WA is that it specifies midnight on the 31st CET as the exact moment of the UK's departure - 11pm UK time. Technically, fireworks ignited before the hour are quite legal, those exploded after could earn a visit from Plod.

I don't think this will be an issue anywhere outside the most remainery parts of London, in which the victims of Brexit Derangement Syndrome will deluge the Met with phone calls, tweets and emails  complaining about the fireworks. Brexiteers will take a delight I suspect in guerrilla celebrating - sneaking into closed parks and onto open spaces to set off half a dozen rockets after 11pm, then flee. One can understand and sympathise with such actions, and  we could see the skies of the whole of Britain (even Scotland had a substantial Leave minority) lit up in a coruscating display of sound and light.

What we will not hear, it appears, are the bongs of Big Ben. This, I think, is probably right. TPTB have invented a theoretical cost of half a million to ring the bells and that's enough to kill the idea. It is not a good look for any official bodies to appear triumphalist about leaving; our national and state institutions belong just as much to remainers as they do to leavers, and it really wouldn't be right to use them to crow. The fireworks and private celebrations will be quite enough. 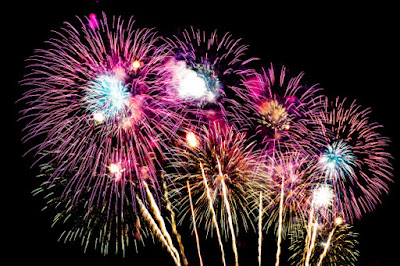 £½ million; what nonsense. Did it cost that amount for 1st January - of course not.

It is just spite by the anti-Brexitiers. BOJO needs to issue a few P45s to concentrate the minds of these anti-democratic numbskulls.

Yes, I'm sure the Remainer Establishment has made up a bill of £½ million in order to prevent the country from hearing Big Ben chime at the 11th hour. It's just another expression of their contempt for the peasants who dared to ignore the instructions and voted to leave the Establishment's personal "nice little earner."
Never mind; we have the man who started and delivered Brexit to host a party for us.
Meanwhile, whilst Boris is sending rejected politicians to the House of Frauds - forcing the taxpayer to fund them for life - Rebecca Long Bailey has announced she would abolish Their Fraudships, demonstrating that even a stopped clock is right twice a day.

Radders, I think you'll enjoy Chrles Moore on Unherd Confessions with Giles Fraser podcast. Some good defence of Maggie and he really gets stuck in to the BBC poll tax.

Neighbour Guido has that BoJo wil sort crowdfunding and Lord Ashcroft will underwrite it...hope it happens.

Crowdfunding the bongs would be good and would avoid criticism of official partiality.

And BTW if you want fireworks, order online NOW -

What influence had Mark Sedwill brought to bear on the decision not to sound Big Ben?

I hope Mr Cummings is serious about draining the Civil Service swamp but it must start with Mr Sedwill.

Aren't some people hoping for a rampage, throwing bricks through the windows of all the Polski Skleps?

My vote would be for a big party at Gina Millers house, after all, she's the one we can thank for getting Brexit rather than the May/Robbins BRINO stitch-up.

I can assure you JPM that I and all Leavers I know will be first in the line of defence outside the Polski Skleps to defend them from the racist brutal savagery of the Momentum street thugs, who probably can't tell the difference between Jews and Poles.

You are it would appear.

Well, I'm looking forward to the scope for the formation of new institutions in the UK, such as a Council, to represent the many millions of pro-European Union people in this country, and which will communicate with and deal with the EU's institutions on our behalf, and over the heads of the UK Government or of anyone else here.

Clearly it would have been nonsensical to form it whilst the UK were still a member, and while government was negotiating a WA.

It will be good to see the back of Farage, Hannan, and of all the other wastes-of-space in the Parliament too.

Of course playing a sound of the bells over a really large PA system is not to be considered because...

Well you can always step forward and start it.

What would this "council" actually do? That is not a facetious question BTW.

You could form a UK-EU friendship society or something I suppose. There are lots of people there who love us apparently, sending us love letters and telling us how wonderful it was when they were here. How friendly, vibrant etc.

If so many europeans love this country, why do you hate it?

...because it would be the sound of the bells being played over a really large PA system?

Raedwald 13:19 "I can assure you JPM that I and all Leavers I know will be first in the line of defence outside the Polski Skleps to defend them from the racist brutal savagery of the Momentum street thugs, who probably can't tell the difference between Jews and Poles."

Very well said. Quite what JPM is on about beats me. I also know NOBODY that would even consider the shit the JPM HOPES will happen, and concur 100% that Leavers are more likely to be the ones defending as the English and the British have proved myriad times throughout history.

JPM 14:25 "Well, I'm looking forward to the scope for the formation of new institutions in the UK, such as a Council, to represent the many millions of pro-European Union people in this country, and which will communicate with and deal with the EU's institutions on our behalf, and over the heads of the UK Government or of anyone else here.

Just as a Thought Experiment, whose side do you think that the British would have taken in WWII if the Germans had spoken English, and not German?

JPM - you're an arsehole.

You're right Radders, the Manchester abuse inquiry, it is the authorities and the collective Omerta and whom we should really vent our spleen at, gross misconduct doesn't cover it quite - does it? try willful malignancy, even downright evil - these are just waifs. Mind you, society is lacking, so many unwanted children, how sad it is that under the supposed 'care of society' they are treated not much better than cattle.