How the Continent has improved since 1973

It leaves me with a warm feeling that we have left the Continent a far better place than it was when we joined the EEC back in 1973. Let me count the ways - 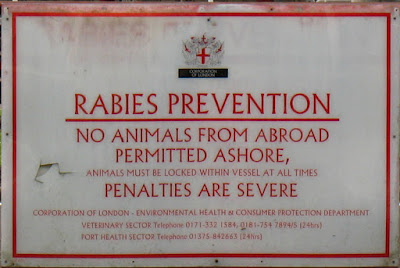 When I was a lad, all foreign animals were infested with Rabies and one was warned not to try to touch or stroke them or die a terrible death. We were also warned that because of very low continental standards of animal hygiene, they were likely also to be infested with fleas and parasites. Foreign animals were not allowed into Britain unless they had spent six months in quarantine - racehorses excluded, of course.

I'm glad to say that in the intervening years the continentals have taken our lead and have massively improved their standards of animal welfare. It is now OK to stroke French cats, though they are still likely to be infested with fleas and worms. 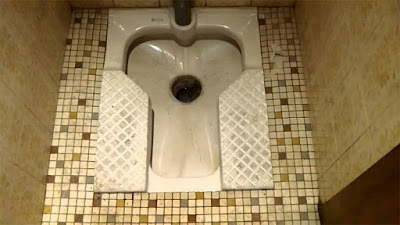 It was on my first school exchange, to St Étienne, that I first encountered the French squat toilet, and my first evacuation was something of an adventure (it was not a subject about which I could have in decency asked my host family, even if my French had been up to it). After a day or two of careful experimentation, I adapted like a native and the sound of the Dambusters theme tune being hummed loudly from the bathroom would greet Mme Dupont every morning.

I'm almost sad to see that the French have now almost universally adopted proper civilised toilets, though they still maintain some of their old ways by neglecting to clean them. The Teutons, too, have taken to British toilets; the German obsession with bowel movements had gifted them with bathroom porcelain fitted with an integral inspection shelf, which allowed them to study their stools closely before consigning them to the sewer. Now their waste disappears around the bend like that of civilised nations, condition decently unseen. 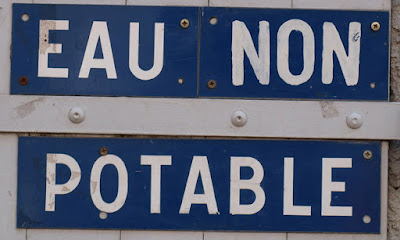 "Never" we were warned "drink the tap water". Only English piped water was drinkable; continental water was polluted filth that harboured typhoid, cholera and raw sewage. When washing one's face, the mouth and eyes must be kept tightly closed lest infection be induced. We learned that we should use something called Badoit or Vichy to brush our teeth, somewhat to the puzzlement of the apothecaries in St Étienne whom I first approached for these mysterious substances, before finding them alongside the Orangina in the local shop.

Now I'm glad to say under British influence many continental countries have improved the quality of their tap water to the extent that it may now be drunk, carefully and with a little care. Though those non-potable water signs are still surprisingly common.

Just imagine. If we'd had another 50 years we may even have been able to show them how to cook and make decent beer and cheese, as well as improve their still appallingly low standards of nationally-made clothing and footwear. Ah well.

Still, it's good to see that some things they had in 1973 are still there, and still popular 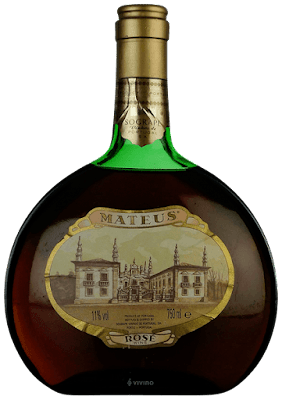 Tried some Mateus Rose again recently as part of a 70s party. It was foul. But then we also used to drink Babycham and Cherry B.

German toilets - so they've now switched to the 'Poseidon's kiss' model, have they?

They don't seem to have adopted white socks and sandals, handkerchiefs knotted over the head, shouting at people in English, paying for meals before you have eaten them, or the idea of needing to work until the day that you die though, do they?

Talk about a shared history. I remember all of that Raedwald, including the Mateus Rose - which for a while became a small sideboard lamp in my sister's bedroom. The squat toilet I came across whilst holidaying near Saint-Privat-des-Prés in the late 70's. One thing you forgot is the electricals. Lethal. French and German domestic stuff was appalling before we joined the EEC: on a school trip to Bernkastel-Kues in '68 I got a shock from a fridge of all things. It wasn't earthed. Our kitemarked standards were so much higher.

Interesting poll published in France last week saying a majority of French think their society will collapse within 20 years.

Steve, but Leave voters on these threads seem to be saying that British society already has collapsed, don't they?

It would appear not.

Given their past form though it would be a great improvement!

There is a pic of Einstein with a knotted hankie on his head if you search for it.

And the fuhrer was noted for drinking tea with foreign dignitaries with his little finger sticking out (bless!)

'Steve, but Leave voters on these threads seem to be saying that British society already has collapsed, don't they?'

No mate. What the majority (of those that bothered to vote) wanted was control restored to the rightful owner: the nation state - to avoid collapse. Political concentrations never work and history is replete with examples that go against human nature. A world of diverse societies is not the same as a society that's diverse. One survives the other does not.

Our electricals are the safest :

Tom Scott : "British Plugs Are Better Than All Other Plugs, And Here's Why" :

Orangina? As children we were entranced by the Pschitt adverts on the sides of Paris buses, to parental dismay.

... and it isn't as though the French president didn't warn us what "the continentals" were like.

He said on more than one occasion that we should steer clear, but did our government listen?

Thanks for the reminder regarding the authoritarian nature of British governmental public notices!

Do you remember the signs that described the horrific consequences of expectoration?

Going by todays comments there can be few of us who are not wrinklies.

Mateus Rose - puke in a bottle! Revolting stuff. This one appears not to have the wicker basket around it?

Fear not! The Teutonic Turd Shelf™ lives on! Following the fall of Berlin in '45, thousands of shiny porcelain examples were annexed by the glorious Red Army and borne in triumph back to the Rodina. Their multitudinous descendants can be found all over the CIS to this day...