Actually, you won't hear a peep about yesterday's election on the news or read a word in the nationals, because we've all got to pretend we don't know what happened until Sunday night, after the last EU subject nations have voted. Already it's safe to assume that the Brexit Party have scored big and Labour and the Tories have been creamed. However, steps are already underway to undermine the validity of that vote -

Change UK (CUK) claim that many of their members were unable to find their way to the polling stations as the little map on the poll cards was not in colour and didn't look like TomTom. "Change UK voters have been wandering the streets utterly lost, clutching their poll cards and were still looking for somewhere to vote at 10pm" said a spokesperson

Remain Alliance took the example of Dan Snow, who claimed a crocodile in a Brexit Party waistcoat was delivered inside his postal vote "I thought it was the postman playing a joke, but all over the New Forest hundreds of little Brexit Party crocodiles in Teal waistcoats have been gummed into the vote envelopes and in some cases they have eaten the ballot forms" said Dan

Momentum claimed a shortage of milkshakes had prevented many of their members from voting "The comrades won't turn out just to put a cross in a box" said Comrade Spart "They need a bit of street action, know what I mean? But it was warm and most of the milkshakes accidentally got drunk"

A Soros-funded 'migrants taxi' organisation claimed that rigorous checks by electoral officials were preventing illegal migrants from registering to vote "I mean honestly, we've arranged for over 1,000 Afghans, Iraqis and Somalis to come over in stolen boats in the past few weeks but barely a score have managed to get on the electoral register. The system is biased towards people who can read and write English and who have a legal right to be in the UK. This is unfair to global migrants"

LibDems claimed their vote had been sabotaged because there were more than three parties on the ballot forms "It was deliberately intended to confuse our supporters, who expect only three boxes and look for the one that isn't Labour or Conservative. This time the papers were as long as your arm with loads of boxes. This totally confused our members, many of whom reported making crosses at random on the form"

Guy Verhofstadt claimed Britain's vote was unfair because Belgium was not allowed to participate in the vote "Had perfidious Internationalist Britain acted fairly and invited the populations of Belgium and Luxembourg to participate in the elections, as is their right as loyal Europeans, the result may be very different. This constant pandering to British nationals is destructive and anti-European" 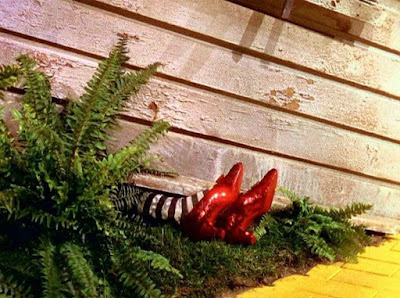 I note this is tagged as whimsy. Made a bit of a mistake there, Raedwald. The EU are already complaining that many EU citizens were unable to vote in the UK (only their home countries) because the admin didn't get done and many Brits overseas didn't get their ballot papers because they got lost in the post.

The EU will demand that the British results of their sham elections are nullified.

Here is what I posted elsewhere yesterday:

Ah, yes. It's that time again. What a marvellous country we live in. As Kipling once said "to be born English is to win first prize in the lottery of life". And so it is with a stroll down to a leafy primary school to cast my vote on a warm late-spring day. A peaceful process that survives without the shrill skriking voices of ginger-haired, flat-chested venomous women who want to chuck acid at you. It's just you, your thoughts, a makeshift wooden booth, a fat 2B pencil and a sheet of foolscap. With no one there to harangue and harass you, you can now *really* tell those politicians what you *really* think about their past performance. Just you, the pencil, the paper and the X.

It may sound hysterical (shriek not laugh) but I am genuinely worried about "lost boxes". They dod it to Farge a few years ago so by now will have upped their game.

No use crying over spilt milk.
Suck it up snowflakes.
Here's your participation trophy.
https://ichef.bbci.co.uk/images/ic/1200x675/p05hcmr7.jpg

Actually Span Ows, part of me hopes they do and its found out!

Well there is other news at the moment too, not that it will help the country one bit.

For those who long for another Thatcher, then perhaps they will read this with as much interest as I did:

Did you tackle that trouble that came your way
With a resolute heart and *cheerful?*
Or hide your face from the light of day
With a craven soul and fearful?
Oh, a trouble's a ton, or a trouble's an ounce,
Or a trouble is what you make it,
And it isn't the fact that you're hurt that counts,
But only how did you take it?

Thank goodness.
At last the log jam can be broken.
Or more logs piled on the existing pile.

Either way, its a result.

"It's my Agreement or no Brexit!" thundered the Mighty wizard of Oz. But when the curtain was drawn back there was... nothing.

After glancing at her speech I wonder if I inhabit another planet? My Maybot images (to name a few) are Dhouma lies, Syria bombed, the financial support of the White Helmets proven to be Isis supporters by Vanessa Bessly, lies about a 'chemical attack' on the streets of Salisbury, the Mansion House speech last year when she used Russia aggressively at least 10 time in a few minutes of speech, signing the Marakeesh migrant agreement recently, the dash to Brussels last week to kill off IN freedom of speech with the creep Micron, entering our soldiers into the EU army, her uselessness as HS And the terrible WA which started with a divorce payment of an eye watering sum of money An incompetent globalist Retirement with pension is the usual insult

I stepped out of the shower this morning and having dried I was sitting on the edge of the bed considering the wardrobe.

Do I wear the vest for just a few more days or not...?

Then I was reminded...

Never cast a clout 'til may is out

Fake news will do what fake news has always done.....fill a void with nonsense disguised as fact.

It can be seen already with the resignation of DisMay, nonsense about her stoical leadership, nothing about naivete, stupidity or down-right incompetence. Then again we are now supposed to believe that the leadership of the conmen party is a matter of supreme importance, a fringe party polling at about 7% of the electorate, with a selection of leadership candidates that range from dire to abominable.

I await the results of the EU polls with interest and hope the abominable populists and nationalists, FN, AfD, Brexit et al will be successful enough to severely rattle the smug globalists.

Like most, I believe the EU results will scare the crap out of the conmen and the liebour filth, but it will also delay a yUK general election, none of the MP-turkeys are going to vote for a general-election Christmas when that would surely remove them from their comfortable sinecure. So four more years of managed decline for you, and only a weak possibility of Brexit.

And who would really be surprised if the conmen would not do something really stupid and select Amber Rudd as the next PM? Not me.

Wouldn't it be nice to be able to vote for the head of government, like they do in France etc.?

And to think that some people complain about the EU being "undemocratic".

A little clique of Tories will select ours again.

France is not the EU. We don't elect the President of the EU.

In most British general elections, the faces of those who aim to be Prime Minister are all over the hoardings, so in a sense we do vote for the PM. But this might well entail voting for a poor quality local MP.

On the other hand, there is the regular problem in the USA where the President is from one party and one or both Houses are from the other.

There is no easy answer.

There is no such thing as "The President Of The EU".

Its supreme power is the Council of the twenty-eight leaders.

Both answer to the Council.

Still no God Emperor though.

"There is no such thing as "The President Of The EU""

Ed you're right! There are FOUR! or is it five?

The UK has lots of presidents too.

The Law Commission has one, so does the Board of Trade, and the Supreme Court, for instance. We don't elect those either.

Nor the HoL, Head of State, judiciary, and, as we will shortly see, the PM.

This is what the DisMay government implemented:

Do you doubt that their is the civilian equivalent in the Home Office and every Plod office?

If you don't take the opportunity to thoroughly smash the ConMen and liebour parties, they will be coming for you.

Cascadian...that ZH article is what the phrase "Wow...just Wow" was designed for. I am gob-smacked

@ Cascadian it does say "allegedly". Surely it must be a piss take or maybe sarcasm from someone who sees the dangers of globalism. If it really is genuine the country is in deeper shit than I thought. One additional idea, a trap to expose the globalist narks.

The real global capitalists are the hard Leavers. They want to turn the UK into a tax haven for the world's - often very dirty - money, and for their own. They all use them right now, anyway naturally.

The trouble is, once politicians start doing favours for very, very rich, very, very nasty people around the globe, they often find that it's not so easy to stop.

It will not be Taking Back Control. It will be handing it to narco-oligarchs and to despots.

RAC I wondered about that too, but, perhaps the real issue is do you think it possible that the Army just might issue this anti-democratic crap. I do.

You have face recognition cameras on your streets and people being harassed if they cover their face, this is the yUK that DisMay and Rudd have built.

Whatever your rationale for supporting the EU, please don't claim it is a bastion against globablism or a protector of personal freedom.