Are these kids tomorrow's coal miners?

Are these kids tomorrow's coal miners? 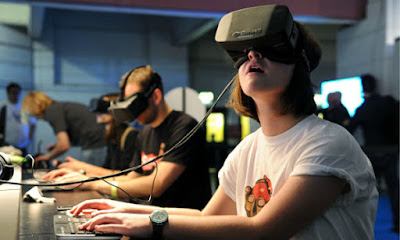 Not a referenced post, but picking up on Steve's comments, which are worthy of a whole series of posts, on the replacement of substantial numbers of jobs in the economy by robots. But surely it's not all negative? I'd far rather send expendible robots 3,000' underground to mine coal, for instance, than men. Methane, silicone dust, explosives, flooding, rock falls, risk and injury all avoided - and mines that can work 24 hours a day without needing a town full of people built on top of them.

Well, a bit of googling found a mine robot prototyped in 2013. They must be working somewhere by now. 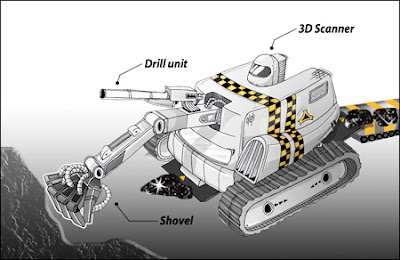 Not just coal, but tin, copper, rare earths. Robot miners can exploit small seams deeper and more hostile than men can. Even underwater - what about mining the seabed within the 200 mile economic zone? Just another post-Brexit asset we've got.

It may also be worth compiling a running list of those professions most at risk from robots. At the top of mine are fighter pilots; it makes no sense building fast jets half the tech of which are pilot UI & life support systems. Drones with just weapons and avionics can have greater endurance, greater speed, tighter G and in direst emergency can be flown into a target, all at a tenth the cost of a conventional fast jet with no risk to the highly trained pilot. RAF fighter pilots of the future can also be fat, middle aged console-kings downing Chinese Migs in their underpants, reserving our lean, fit risk lords for vital gardening, cooking and bar-service roles for which robots can never replicate human skills.
at 08:33

When I first saw your picture, I thought it was a tank!

The age of the robot is certainly upon us, especially drone fighter aircraft successfully flown from safe havens in the western world. Another use of technology for the better of the UK is drilling for North Sea oil - there is still plenty down there!

Excellent idea!
Let's replace all the workers with robots,as indeed Tesco and others are doing with "self service" checkouts.
Only one small problem, if all the workers are replaced by robots then how will workers such as African miners earn the money to pay for food?

Anon - you write as if there's a choice, as if we could legislate to preserve a cottage industry of women at their spinning wheels in their parlours raher than vast machine driven mills and factories. We can't. Robots that don't strike, can't sue, don't have babies and can be decommissioned without redundancy payments are happening whether we like it or not. We just need to find the upside.

Transport will be a big user of robots. There will be no need for train, bus, truck or taxi drivers.

Just as the industrial revolution brought increased prosperity and better living conditions for ordinary people so will the use of robots.

It just has to be managed correctly and for our leaders to have the foresight that we have no need to continue to import vast numbers of cheap unskilled labour.

Already trails are being run for:

There are very few activities which will be left entirely to humans - the future of work is most uncertain.

I have heard that the Coal Board considered teleoperated mining equipment in the 1980s, and soon realised that women would make the best operators.

The traditional mining unions promptly threatened to strike if it was tried, British coal mining was tied to old ways of working, and collapsed.

"There are very few activities which will be left entirely to humans - the future of work is most uncertain."

The displaced workers will all get jobs as Equality and Diversity officers.

What are the descendants of all the farm labourers, servants, steel makers, and coal miners of 100 years ago doing for a living ? So far as I can see, they are being paid to sit in meetings and swap emails.


Ian M Banks postulated a future society called 'the Culture' where mankind was free to achieve whatever they desired as a result of technology providing all their basic needs.

He didn't explain how they got to that stage - i.e. the interim.

Whether there was a decline in population (either natural or intended) before a resurgence when the technology was fully established is a moot point - for now - but the parallels are interesting to speculate.

If the conspiracy theorists claims of the NWO intent to 'depopulate the world' (by war or engineered disease) has any basis of truth then those that survive may indeed live in a utopia.

The robot takeover has been predicted for decades, certainly for the half-century plus in which I've been reading science fiction. I can't help thinking that if half the sci-fi stories I'd read were remotely accurate, by now we'd be zooming around interstellar space and working in cloud-high towers to which we would commute by hovercar... Which never happened, though instead we got the world-changing Internet, forseen by practically no-one.
In the 1950s various idiots including senior RAF types were so convinced that missiles were about to take over from manned aircraft that the 1957 White Paper slashed enormous holes in our domestic advanced-jet industry - arguably the biggest single blow to UK aviation after WW2, not excluding even the Wilson government's destruction of TSR-2 and the P-1154.
Predictions of fighter aircraft being replaced by drones are premature.

We used a form of robotic mining offshore for diamonds when I was working for de Beers off the Orange River.

BB: "We used a form of robotic mining offshore for diamonds"

That's the sort of thing I was thinking of.

Get these things into Space and mine the asteroids.

The other thing, having worked underground, that 3D scanner would probably have to be integrated into the front of the machine. On top it's going to protrude to much or get smashed by a rock fall.

Hmmm. So when 'humans' have lost all the knowledge, skill, and adaptability that they owe to practical experience ... how will they know how to programme the robots, and for what? Don't tell me computers will store all the knowledge: computers is where the mish-mash will stay. Real education involves propagating the use and development of knowledge; 'Hal' doesn't cut it.

As someone above broached too: all that supply and no means to sustain the demand --- wow. All masters and no servants --- what a lead into Utopia.

Of course, we're well on the way already: the genius-types promote this situation have probably already programmed robots to dispose of mountain-sized loads of dead bodies. And other machines will have contributed to the heaps by shooting all the Luddites.

What fun. Ragnarok really is nigh.

The main challenge with replacing fighter pilots I think would be the latency between the plane and the remote pilot. It's fine for drones, but radio signals only travel so quickly.

Except E M Forster, in his story "The Machine Stops" -- which I strongly recommend, if you haven't read it. It is on the web somewhere, which is ironic.

Someone told me the other day that 50% of the jobs in 20yrs time have not yet been invented. The way things are going those jobs are more likely to be 'plastic bag re-usage inspectors' than 'space cadets'.

10 minutes ago I was chuckling at this - https://wattsupwiththat.com/2017/02/09/green-group-urges-activists-to-apply-for-coal-jobs-to-infiltrate-the-carmichael-coal-mine/.
Now I am not so sure!

Visited an Edwardian house last week that had lost a gate pillar and part of wall to delivery van. The remains were heavy, needed shifting and sorting and then templates made by hand as originals not regular and added problem of 100 years weathering.Lime mortar had to be mixed and coloured onsite by eye and then salvageable bits (dowled and resin cemented) combined with new block (matched by grain and colour)....the bill was considerable and I reckon robots will not replace me just yet.

Back to the coalface, kiddies.

Yeah all good to know R.

Though>>>>>>>>>>>>>>>>>>>> er, but either; the green nutters will enforce the march back to the fields of yesteryear sometime in the C13th. Or, with the march of the Saudis-Wahhabi new improved EUrabia/Caliphate, if you're not decorating hanging on a lamppost or being burned to death in a cage entertaining the masses, there will be thousands of graves to excavate - slave labour and population genocide, therefore the question of robots for 'the nation that was' to say the least, is, rather moot.

"Robots replace humans" is the current theme on the BBC and elsewhere on the MSM. It seems to be driven by the elite's disappointment in the serfs voting for Brexit and for Trump.

"... would it not be simpler,
If the government simply dissolved the people
And elected another?" (Brecht).

The "other" is the robots - obedient serfs who will not vote the wrong way, or at all.

Then we (it's always "we") can get rid of the useless chavs and untermenschen, this action being disguised as "sustainability". Remember folks, always advertise what the product is not.

To practicalities ..... It depends what you mean by "robots". There are of course robots already working in industry, but they are little more than programmable machines. They are useful, and can be cost effective in jobs such as paint spraying, or casting, or food production. The latest X-Y-Z machine tools run on Unix with a Windows front end - hardly "intelligent". Drones typically are flown by human desk-pilots. Never say never, but the type of robot (actually android) imagined by the arty cultural-marxist types is a long way off.

How about robot politicians? They could sniff the populism ad act accordingly. Fat chance!
Politicians and their fellow rentseekers will have the last paying jobs as the earth is swallowed up by the sun.


Mikebravo - we already have 'robot politicians'.

You may know them by their more common name - "potato".

Hopefully Microsoft will write the software.

Dave_G.
If we can put 650 spuds into the commons, with and extra large one in the speakers chair I would be very happy!
Although I tend to think of them more as turnips.

So far procreation is not a robot job.

Tony Harrison is right to suggest that the robot takeover of work will take a lot longer than many people think. Replicating the mobility of the human hand, the sophistication of human senses and the adaptability of the human mind is very hard indeed, even for highly specialised tasks. The enthusiasm for missiles over conventional aircraft in the 1950s is a classic example of people expecting miracles from a new technology that was inevitably going to need many years of development before it became really effective. It is still just a matter of time before flying drones and other robots become formidably capable and really begin to change the whole of society, but it will take a lot of effort to reach that point. I just hope that the robots don't decide that they'd rather send an expendable human down the mines!

Replicating...the adaptability of the human mind is very hard indeed..."

Which is why you won't see genuinely driverless cars any time soon, either, except on highly adapted and managed roads from which humans and animals (and cyclists! Yay!) are excluded.