For some reason this is the season in which the German occupation of the Channel Islands is a topic for discussion. I suppose it was twenty years ago when I first visited the museum of the occupation in Jersey, telling a story much as we have all been told it. A brave uncowed population barely tolerating their boorish occupiers, small acts of sabotage and resistance that never escalated into anything for which a dozen hostages could be put up against a wall. In Jersey our maquis had no train tracks to blow up, so sneaked 'V' patterns into the new town centre paving instead. From crude memory, around a third of the exhibition I saw related to the post-June 1944 finale, when German supplies to the islands were curtailed and there was widespread hunger. For Jersey, the end of the war came when a Red Cross freighter was allowed to dock, with food parcels for the desperate islanders.

That was of course long before Alanbrooke's uncensored diaries became available and as grown-ups we learned our superheroes were just human. Churchill raw, without the editing, revising and veto of his closest subordinates, was close to a dangerous despot. His jealous fury when he declared that Montgomery, newly elevated to Field Marshal, was to be prevented from processing down the Mall to the palace for his baton was pure jejune petulance. The adulation of the public was not to be wasted on a subordinate. He is also recorded as having responded to pleas to allow a Red Cross vessel to sail for the Islands 'Let them starve!'. Of course, it is explained, he was talking about the German garrison. But others are not so sure; Churchill, they say, blamed the islanders for quiescence under occupation; they fought neither on the beaches nor in the hills, they did not set occupied Britain ablaze, but rather won a few extra eggs with forged ration coupons and copulated with the invaders.

We cannot today know the truth of those years or say with any certainty how we ourselves would have responded to occupation. Undoubtedly there were individual acts of defiance of great bravery, and islanders who died neglected and forgotten in Nazi concentration camps. One cannot today make moral judgements on those from the past, one can only compare the incidents in the islands under occupation to those in other places under German invasion. It was largely orderly. Grudgingly co-operative.

The Geneva convention of 1949 made illegal two of perhaps the most unjustly-felt but previously lawful lethal measures taken by combatants during that war. The first was the indiscriminate aerial bombing of civilian towns and cities - the offensive that AM Harris was convinced could win the war. After 1949 Dresden and all the rest would be war crimes. The second was the lawful execution of civilians in reprisal for acts of violence and sabotage towards the invading forces. All those boys and farmers and priests machine-gunned against French walls in reprisal for the the acts of Francs-tireurs were killed quite lawfully; not one German officer ever faced prosecution. In the massacre of the Ardeatine Caves, in which 335 were executed, the German high command ordered ten Italian civilians to be shot for every German soldier killed in a partisan ambush. 33 Germans were killed, so the machine-gunning of 330 Italian hostages was therefore quite legal. The executioner, Erich Priebke, was only prosecuted after the war for the additional five victims he added on his own initiative.

They were different times. Monochrome, not colour. Different laws. But do human characters really ever change that much?
at 08:12 16 comments:

Is the government wargaming a civil war outcome?

Well, the EU has bared its fangs - Brexit is an existential matter for them. If we succeed, we encourage the break-up of their empire. As AEP has it in the Telegraph today (£)


.. this veto will be exercised unless Britain accepts EU governance over everything from tax policy to competition, regulatory standards, and environmental rules, and accepts the sweeping extra-territorial reach of the European Court (ECJ). “Nobody should underestimate the risks,” he said. Indeed not. The withdrawal treaty itself could be blocked at the last moment by the European Parliament or by challenges from any quarter at the ECJ. What is clear is that Brussels is exploiting this latent threat, hoping to pressure Britain into staying in the customs union and remaining subject to the core legal machinery of the EU.....

How can any British parliamentarian support such a formula? It cannot plausibly lead to a settled outcome. It must chafe so badly that passions erupt with volcanic fury within five years or sooner, further poisoning British relations with Europe, and nurturing a lethal sentiment in much of British society that this ancient island democracy has been subverted by a self-interested elite, if not betrayed by an outrageous ‘trahison des clercs’.

AEP also gives us the first explicit broadsheet reference to the potential for civil war. It's been some 380 years since this spectre first haunted our lands; brother against brother, neighbour against neighbour, a dreadful savage bloodletting born of intractable beliefs. I thought the potential was long behind us, long behind Europe - until Yugoslavia. Then people with the same cars and fridges as you and I, watching the same US TV imports, genocidally slaughtered, starved, bombed and terrorised each other. So I guess we have to accept it here as a possible, though God hopes still distant, outcome.

How will the government be wargaming this? The police, armed forces, security services must surely be doing so. Will the army stay loyal to a government imposing a reversal of Brexit and a surrender of our nation as a slave state to Brussels? Will the security service? The targets for the insurgents that must be defended will remain as always - fuel, power, communications, nuclear and defence installations, transport - but with a few twists that will make the wargames different from those played in the '50s, '60s and '70s.

First, our armed forces are simply not adequate if mobilised to guard civil installations. So PCSOs carrying SA80s, perhaps. Then there are the political divisions; if the insurgents target a Remoaner London, they only need to cut off food trucks for 48 hours to tip 70m people into anarchy. If they succeed in disrupting power, internet and water as well the whole country's resources will be committed to sorting the London mess.

If the army refuses to play, stays in barracks and locks the armouries then the Brexit counties hold most of the offensive assets. East coast sailors will know how easy the unguarded seaward approach to a huge small arms ammo depot, and I suspect most of such assets are outside the M25.

It's a ghastly topic to contemplate, I know. But I'm getting a feeling for the first time that actual plans are in preparation, old scenarios are being dusted down and decisions being made as to what to do with the Queen if it all goes tits-up.
at 06:42 34 comments:

If your teen kids are night owls, avoid Austria

Brits may be horrified, but Austria's nine state governments have for many years been able to regulate a host of social behaviour matters from car washing and noise to teen curfews. In particular, it was this last area that locals felt was most overdue for reform; 'county lines' differences allowed teens to cross from an early bedtime state to a party state to carry-on the night.

It reminds me of formative drinking years in Ipswich, where all pubs would close at 10.30pm without exception. On Wherstead Road, however, just outside the borough boundary, stood the 'Ostrich' - subject to Suffolk hours, and open until 11.00pm. I think they used to sell more beer in the last half hour of the day then they did all evening beforehand.

Anyway, the Austrian states have just agreed a common teen curfew. Under 14s must be safely indoors by 11.00pm, whilst 14 - 16 year olds can stay out until 1.00am. The curfews apply to tourists' kids as well as natives - and if breached can cost parents a hefty fine. Wine and beer are pretty unrestricted, but spirits can only be bought by over 18s. And from next year an unheard-of restriction bans under 18s from buying cigarettes. In one of Europe's most heavily smoking nations, it's a big move. Still, kids can still get their nicotine fix at home - the idea of 'passive smoking' simply hasn't taken root here. 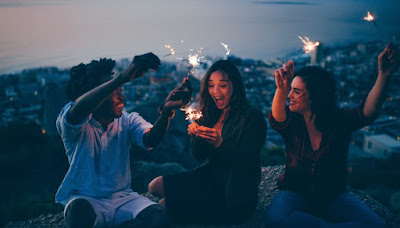