"I'm saying to you in the gravest terms: Many hate it (the EU) but they have hated it for a long time, and now you see them (nationalists) rise, like leprosy, all around Europe, in countries where we thought that they would never reappear."

Proving yet again that the little Kermit is deeply deluded.

Hating the EU doesn't make anyone a nationalist; all right thinking people should loathe and resent a body so hubristic, so territorially ambitious, so hungry for power, so anti-democratic and so dismissive and scornful of the people it aspires to rule that it allows folk like our gerontophile Kermit to flourish. Hating the EU is normal - those of whom to be suspicious are the hysterics, carpet-chewers and effete womblies such as PTSD Adonis or 'Howler' Grayling who support the vile federasts.

We're close to the Veneto here, so Macron must forgive me for toasting today's anniversary of Britain's historic vote in Prosecco straight from the Vigneron, in crates of bare, unlabelled brown bottles with crown caps, in complete defiance of every EU diktat you can imagine. 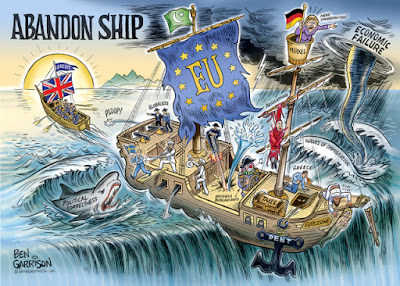 Good day! I am Dr Barrister Adoke Aboyongo and I am please to announce UNHRC awards for 2018. The Council has seven first world members (not eligible for prizes due to colonial advantages) and forty members drawn from the minor kleptocracies, dictatorships, banana republics, junta, repressive autocracies or theocracies and corrupt and failed states from around the world. This year those forty nations competed for our top prizes and I am happy to announce the winners.

THE LAVRENTI BERIA AWARD FOR EXTRAJUDICIAL MURDER
The judges were unanimous in deciding this award should go to PRESIDENT DUTERTE of the Phillipines for having shot more citizens in twelve months than any other dictator of the past 60 years. The professionalism and commitment of Mr Duterte's death squads, working overnight and weekends, have left a mountain of corpses and a lake of blood on Manila's streets.

GILLETTE PRIZE FOR EXCELLENCE IN PUBLIC EXECUTIONS
For the 11th year running this prize has gone to the KINGDOM OF SAUDI ARABIA, a nation foremost in skills of head-chopping and spectacular and bloody public executions. A special mention of the nation's high regard for gender equality was underlined by the panel - in 2017 some 27% of heads chopped were women's, the highest proportion ever of women executed in the Kingdom.

MONSANTO GOLD MEDAL FOR AGRICULTURAL DEVELOPMENT
The winner of the 2018 award is SOUTH AFRICA. The rape, murder, mutilation and dismemberment of white farmers under Operation Machete has achieved remarkable levels of terror, fear and lawlessness, and the police and government are congratulated for refraining from intervening in any way with the movement. At the same time, the activists have achieved a 14% reduction in domestic food production and cash-crop harvests - a spectacular reduction for the 21st century.

THE POL POT PRIZE FOR POPULATION DEGRADATION
The judges were faced with a strong field of candidates and shortlisting was a difficult process. Finally, the decision was unanimous to award the prize to VENEZUELA; the sheer levels of incompetence required to turn an oil-rich second world nation into an impoverished failed state with a starving population forced to kill and eat their pet cats and dogs could not be equalled.

With deep thanks to all the nations of the 40 who were not successful this year, and to the many of you who made kind contributions to the Aboyongo Fund for Comfortable Retirements ($ only, please!).

Coming from the UK, perhaps one of the most alien cultural differences here is the utter horror of any reminder of the Nazi period. Whilst Prince Harry and his chums may quite happily don SS fancy dress and barely a day goes by without the Swastika appearing somewhere on UK TV, here it remains strictly verboten. I'm even slightly careful not to hold my arm too rigidly when raising a hand in greeting, as one does multiple times a day here. Truly.

A 51 year old Croatian chap is finally going home this week after a month in custody and with a fifteen month suspended sentence for making the Hitlergruß.

Some of you may remember a mammoth libel case brought by Lord Aldington against Nikolai Tolstoy some years ago. Aldington, then Brigadier Toby Low, together with an officer named Harold Macmillan, were instrumental, when commanding units of the British army of occupation here in 1945, in forcefully sending back tens of thousands of Croatian Ustache fighters and their families to Yugoslavia, where they were massacred in mass shootings just across the border. Having fought for Hitler, these Croat fascists wanted to surrender to the British or Americans, but wartime diplomacy meant they had to be sent back to their certain death.

Anyhow, every year there's an embarrassingly fascistic remembrance event at Bleiberg with flags and an open air catholic mass. The Austrian and Croatian governments both want it to end, as does the local Catholic bishop. The Croats and their sympathetic priests, however, are determined to continue. It's all carefully watched by the police - which is why, when this fairly pissed chap shot his right arm up, he was promptly arrested. 'Reactivation', it's called. 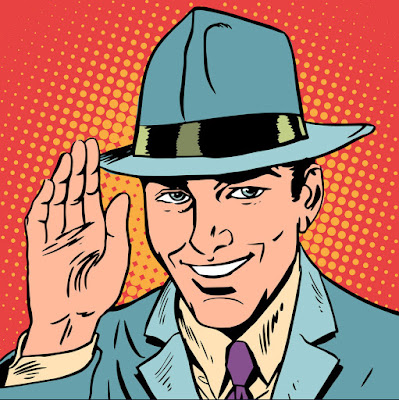 Italy has closed her ports to the NGO taxi service, and to the earnest young westerners with access to enough wealth to buy small merchant ships who have operated it, ferrying hundreds of thousands of Africans from both the maghreb and sub-saharan regions from the Libyan coast to the Mezzogiorno. And since it is not only these idiots but the Italian coastguard and Navy that has transferred migrants from their spanking-new Chinese rubber rafts for the trip across the Med, one wonders what orders they have now. Sailors are under an international legal obligation to respond to those in peril, but the law doesn't require us to go looking for them - so most likely their patrols have been restricted to the Italian coast, or even more wisely, they are now steaming to the Horn of Africa for anti-piracy operations.

I have printed before a version of the UN graphic below. Youth unemployment in Africa is between 25% and 70%. Over the next ten years the number of young Africans 15-24 will soar from 250m to over 300m - and the best guess is that some 50m of those will drift north, seeing their only future as recipients of European wealth.

This bulge in the number of young Africans is coming at a time when global opportunities for uneducated and unskilled young men is approaching a nadir; robots have replaced them as factory fodder, and even the traditional entry-profession of taxi driving is now under threat from AI. We have seasonal opportunities in the UK for fruit pickers and horticultural workers, but want the workers to go back home when the work ends. These folk want to stay.

What the nations of Europe must now decide - and the six-month Austrian presidency of the EU is determined to ensure they do - is how to tackle the people smugglers and thousands of giant-sized Chinese rubber rafts. The only realistic solution that I can see is European enclaves in North Africa in which we maintain migrant camps that can hold a million or more Africans - feed them, keep them safe from enslavement, provide basic medical care. And then send them home.

Are you a Liberal?

There is currently a very lively dialogue between left and right on what should be common ground, opposition to illiberal authoritarianism. What constitutes illiberal authoritarianism, however, could not be more differently defined. For the right, it is central command and control, abnegation of direct and popular democracy, restrictions on free speech, loss of national sovereignty, the power of the global corporates and their alliance with forms of super-national and international government. For the left, it means the undermining of benign expert and technocratic public administration, abusing the credulity and anxiety of the less-educated masses, the threat of raw nationalism, and the rejection of super national and international bodies that define and uphold standards of rights and justice.

I suppose the one benefit of this near universal opposition to illiberal authoritarianism is that we're all of us now liberals - but liberals of very divergent types. On the right, the 'classical liberals' trace a lineage back to the fathers of the enlightenments - Burke, Locke, Hobbes, Adam Smith and JS Mill. Jordan Peterson is a typical classical liberal - and his Channel Four interview with Cathy Newman on You Tube now has over ten million views. I'm not sure what to term the opposite kind of liberals - perhaps 'progressive liberals' or 'social liberals' - but perhaps Ms Newman herself is a good exemplar.

In June 2016 there was spoof Guardian headline screaming 'The wrong people are using democracy!' that actually uncovered an uncomfortable truth. From this event have evolved proposals to change democracy to make it better - including both ideas about deliberative democracy, giving state experts a role in guiding the masses to make the right decisions, and the proposals from classical liberals for direct democracy based on the Swiss model. All these ideas for new, improved democracy stem from a 'need' to tackle illiberal authoritarianism and a presumption that our current system of representative democracy is flawed. That, again, is common ground between right and left.

So are those of us who have called ourselves Libertarians liberals also? Derek Robinson writes in Politico about the American experience, where 'classical liberal' is coming to mean the conservative but not Trumpist faction within the Rebublican party;


Daniel Klein, an economist at George Mason University, suggested that the “libertarian moment” may have exerted its toll on the movement’s brand. “[The term libertarian] has the baggage of being slightly dogmatic, whereas the ‘liberal’ expression does not,” Klein said in an interview. “I’m not for discarding the word libertarian, but classical liberalism is like a nuanced libertarianism.”

Ah OK. He means Libertarians have earned a reputation as swivel-eyed loons with their heads in tankards of ale whilst the kinder, gentler classical liberals sip amontillado. Fair dos.

So, fellow liberals, at least we're united against the other liberals, with clear blue water between us. The only question now is whether the Liberals are liberals ...
at 13:24 19 comments: