Theresa May wipes out 1,300 Conservative Councillors

In contrast Labour look to have lost about 100 out of 2,300 -  around 4%. However, Labour should have been drowning in seats. Last night McDonnell was predicting 400 Labour gains on TV - which meant he was hoping for at least 600.

Now Mrs May must realise this is a damning indictment of her leadership, but never explain and never apologise is the politicians' creed, so both she and the Party chairman have blamed Parliament's failure to pass the Selmayr-Robbins treaty for the debacle. Not her fault at all, they aver.

When the facts sink in over the weekend, when Local Associations stunned by the magnitude of the defeat turn their shock to anger, May's position will worsen considerably. Can she hang on until the Euros in a couple of weeks deal the death-blow? I hope so. I've got a bottle of Prosecco waiting in the cellar for her smug, silly medicated-to-the-eyeballs face trying to laugh off the 3 Conservative MEPs likely to be returned to Brussels.

In fact I'm already feeling quite chirpy - the massacre has somehow cheered me. Surely the end cannot now be far away?
at 18:38 31 comments:

Local elections - Westminster gets a Slapping


Early Doors post - will update as the day goes on

Conservative and Labour parties have lied their arses off over Brexit, betrayed the nation and yesterday both received a decent slapping from the electorate - nothing earth-shattering, that's yet to come, but a clear enough message.

UKIP have taken an unexpected drubbing, support tainted I think by Batten's infatuation with Yaxley-Lemon. Surprising winners of the night have been the Independent candidates - winning almost as many seats as the LibDems. I suspect if there had been more sensible local independent candidates standing, they would have taken many more seats.

The rise of the Independents in the locals may be a one-off or may presage the start of something magnificent, a grass-roots push for Localism, untainted by the mendacious corrupt foulness of national politics.

And those of you who pushed so strongly for spoiling ballot papers look to have been vindicated. Not, as thought, because the returning officers have to declare the numbers of spoiled papers (which loses some meaning at ward level) but because conscientious, dedicated local council workers have to scrutinise each one individually - a process that takes a great deal of time. As an act of civil disobedience, it works - I've seen a very cross Labour apparatchik on the box frustrated at the delay to his result from the sheer number of spoiled papers that had to be checked, re-checked and confirmed.
at 05:24 15 comments: 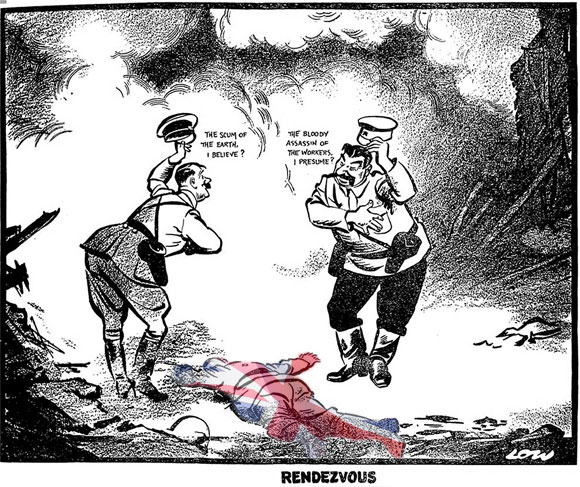 Email ThisBlogThis!Share to TwitterShare to FacebookShare to Pinterest
Labels: May corbyn pact

It is apposite that today marks the anniversary of Hitler's giving effect to his decision to rid the world of his own evil by putting a bullet in his brain. For the previous weeks he had lived in a fantasy world, nominally still running Germany and moving phantom armies and ghost divisions in imaginary counter-attacks as the Germany actually under his control shrank to a few hundred metres around his coward's bunker. It is instructive how those on the verge of self-destruction somehow manage to exclude all realisation of that reality from their consciousness.

There is of course no direct comparison whatsoever between the Leader of my Party and that of the NSDAP; the sainted Theresa is as far from being a fascist monster as the Pope. But they do share the same insouciance when faced with impending self-destruction.

I know many of you enjoy telling me how dreadful Conservatives are, but I think you're mistaken. I think the vast majority of ordinary grass-roots Conservatives are decent, honourable, sensible and responsible voters with a high rate of democratic participation. We are betrayed by the Party leaders and general staff in Westminster. A privileged and isolated elite, these patrician destroyers are in the process of driving a party that has lasted 200 years to its death. All because of their stubborn stupidity, vain self-regard and one incredibly lethal woman - Mrs May.

The great question is whether she can manage to destroy our country before she follows our Party into the flames. By all accounts the talks with Corbyn's Labour have thrown everything into the deal, every red line, every Tory principle, just for the sake of this most incapable and disloyal of women, so that the utterly useless May can leave office after passing a deal. She's past caring what deal - any deal will do. She no longer cares for nation or Party, only for the shattered remnants of what can be rescued as a 'legacy'.

For Conservative councillors and activists in local government, I am so sorry. You really do not deserve this double betrayal by our own MPs and CCHQ first of Brexit and now of Conservatism.

The stench of corruption from Germany's businesses

Back in April 2018 we ran a fairly lengthy piece on German corruption. The German government had in effect encouraged widespread business corruption with law changes that made it easy to get away with - and for the past decade, it has been pervasive, deep and substantial. We quoted a report that found

So who cares if most of German business is bent, the nation's judicial system ranks with Greece in terms of probity, shareholder protection is amongst the lowest in the developed world and there is little creditor protection? Who cares that courts and lawyers are beyond the reach of most victims, who must passively take the hits from German corrupt dealing?  Well, we wrote


This deep and endogenous German economic corruption will not play well in the rest of Europe. The UK, the Netherlands and the Scandinavian nations, with low levels of corruption and high scoring of commercial rectitude and probity, will be feeling fouled by contact with German corruption - and will now be adding up the commercial losses that German crookedness has cost them. The southern nations will be aggrieved that they have been bullied, coerced and hectored by a deeply crooked nation wearing a false disguise of moral superiority. And eastern nations such as Poland and Bulgaria, countries Germany has robbed of billions of Euros in corrupt complicity with Gazprom, will be looking at concrete measures to get their money back.

Yesterday Matthew Lynn broke yet another tale of German corruption in the Telegraph. The latest scandal is fraud at Wirecard - a rapidly ascending start-up that replaced the moribund Commerzbank in Germany's DAX index. The Telegraph and the FT are reluctant to be too specific; one suspects m'learned friends are hovering, and even the linked piece in the Anti-Corruption Digest is careful. Lynn writes


We have an image of Germany as a very law-abiding country, and on one level that is certainly true. The streets are safe, and no one can pay a bribe to get out of a parking fine.... yet right at the top of the country’s biggest companies it is starting to look painfully obvious there is an honesty issue.

The Germans are fond of portraying themselves as the exemplars of responsible, socially conscious capitalism. In truth, however, the hypocrisy is starting to become nauseating. There is clearly something rotten within Germany’s business culture – and even worse, no one seems to want to do anything about it.

It is the sort of casual, 'who cares?' corruption that saw Martin Selmayr's crooked appointment to EU capo shrugged off and Germany's biggest industrial names reduced to international gutter reputations no better than bootlegging prohibition gangsters.

So don't be surprised that when the downturn begins to bite, the entire German commercial edifice comes tumbling down - and the German economy proves as much of a paper tiger as did Soviet military might in 1989.
at 05:12 6 comments: 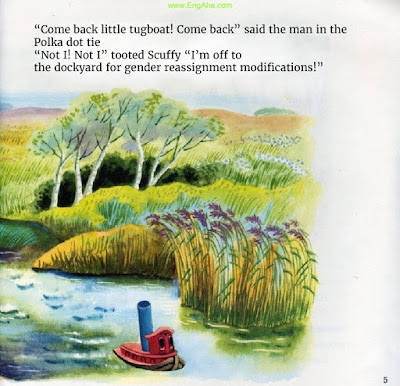