Dear God, the frightful buggers are at it again

This ill-thought out, incomplete and premature response to the April 2019 consultation was rushed out today by DCMS mandarins ahead of Nicky Morgan's replacement tomorrow. The timing is desperate.

I'll post tomorrow again about this, but as a catch-up reminder, here was where we were in April of last year -

A leader desperately clinging onto power and fearful of the whispers of the people will inevitably enact repressive measures to restrict free speech - and it's therefore no surprise that the doomed May has gone down the Ceauscescu path with proposals contained in the Online Harms White Paper for widespread government censorship of the internet.

She is supported by her sinister Grand Vizier Sajid Javid and by Labour's Noncefinder General, Tom Watson - whose credulity in giving his support to criminal fantasists who flung accusations of paedo assault against the wholly innocent matches only his deep Socialist support of any measures that restrict free speech and repress democratic freedom.

The way they're going to do it is this. First they establish their ability to impose swingeing penalties on the online service providers - Facebook, Twitter, Google (the host of this blog). Then they task these firms with implementing government censorship requirements or risk even greater penalties. For blogs such as this, the duty will not be simply to remove censored content when notified but to act proactively to identify those blogs likely to offend the government and close them down in advance. With MPs whining like babies about people being rude about them, you can be sure they'll include censorship of political criticism in a government-imposed list of censored blog content including (Chapter 7)


Guidance to companies to outline what activity and material constitutes hateful content, including that which is a hate crime, or where not necessarily illegal, content that may directly or indirectly cause harm to other users – for example, in some cases of bullying, or offensive material. (my underlining)

In other words, anyone the government wants can now become a 'protected group' under censorship law - including MPs, the patrician establishment, the betrayer civil service, scum corporate globalists, mutton-headed Whitehall dags and plod chiefs, the EU capos ..


Being harassed online can be upsetting and frightening, and online harassment can amount to a criminal offence. Far too many people, from public figures to schoolchildren, have experienced this kind of behaviour.

Yep - non-criminal, wholly lawful  'harassment' of public figures will also cause Google to censor blogs under May's Ceaucescu Law . Take a look at this - it may be the last time you see it 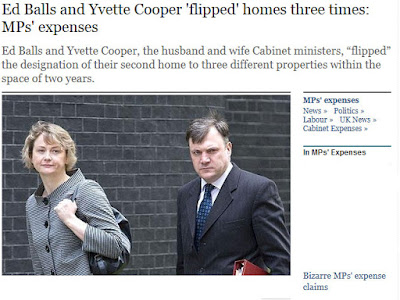 And finally, the Ministry of Truth will come to life as the government decides what information and informed comment can be published on this blog


(Information) can harm us in many different ways, encouraging us to make decisions that could damage our health, undermining our respect and tolerance for each other and confusing our understanding of what is happening in the wider world. It can also damage our trust in our democratic institutions, including Parliament

Oh boy - so it's blogs that damage our trust in Parliament - not Parliament's betrayal of democracy or corrupt MPs as I previously described  them as denizens of Dante's eighth malbolge  - pimps, seducers, flatterers dipped in shit, liars, fornicators, barrators, perjurers, corrupt office-holders, half-wit frauds and peculators. And I can name at least three of each. And have candid photos of one (widely circulated on the net) who importuned another pervert to shit on him.

As even the 'Daily Remain' comments


Tory MP and former Culture Secretary John Whittingdale, writing at the weekend, was completely justified in warning that the proposals risk dragging Britain into a 'draconian censorship regime' more akin to China, Russia or North Korea. No other Western democratic state has countenanced similarly far-reaching controls.

Government censorship of blogs, FB and Twitter will be wide ranging, using the government's own tame Ministry of Truth agencies including the BBC - and even forcing GFT to push BBC pro-government propaganda onto users;
May, Javid and the Red Tories have truly become globalist dags and tools of the Socialists. The Noncefinder General and his Marxist capo must be rubbing their hands with glee.

OK, I suggest any readers with any interest in freedom investigate using Tor and Signal.If this repressive authoritarian shite becomes law, we're going underground.
at 14:52

None of that matters if anything you say just goes into a black hole.

What is that fuckwit Johnson up to? He was always BluLabour shite but he seems determined--WITHIN HIS FIRST 2 MONTHS NO LESS-- to demonstrate he is more of the same shite as Camoron and Treason May. Stalin -style vanity projects like this Irish Sea Bridge cockrot while ordinary people are to be put on shank's pony and back to the 18th Century.He is a stooge of the globo-elite.

Never has the ZaNu/BluLabour rivalry been shown more clearly to be shit vs shite.

Should I leave it a bit before reminding you of the solid backing that you gave to Johnson, or will now do?

I backed him for Brexit you middle class Marxist scumbag. I knew he was BluLab--just didn't think he was dumb enough to be singing from Treason May's shite book in only 60 days.

Don't get too happy prick. There is nothing here for Marxist orcs like you. Both your gang and BluLab suck globo elite dick.

A war with those scum was and is inevitable.

I was addressing Raedwald, Ecky, but since he's got you to go into a froth over these little things for everyone, he needn't bother replying himself, I suppose.

I'm with Mr Ecks. BJ might survive 5 years but on this path he'll suffer as Corbyn just has. Unless he's being Machiavellian, he's seemingly gone utterly insane.

Johnson has been 100% consistent with what he blindingly obviously has been all of his adult life.

That, at least, is, in its way, commendable.

Just how blind are you?

'Just how blind are you?'

If the server is not in the UK the government can whistle.

Nobody can be harmed by something you can just switch off and ignore. Some people need to be taught how to delete, block or ban, but we don't need censorship in any form
If would be good if Google etc just told the Government 'No'

No censorship in any form?

So anyone should be completely free to go on line and say, for instance, "Bucko is a paedophile" without any evidence at all?

And there should be nothing that you can do?

Point taken, my comment generalised a bit too much. Obviously there's liable and incitement that needs rules. I was really talking about hurt feelings, 'cyber bullying', offence taking and such