Is the EU serious about a deal? And does M Barnier even have a mandate?

As the EU is discovering this week, a trade agreement will need not only the agreement of the unelected Commission and token Parliament, but the explicit consent of the 27, and that means of Belgium's regions. The EU's Canada trade deal, CETA, was concluded in 2014 but because it cannot secure support from first Wallonia and now the Netherlands*, it cannot be concluded. Six years on and it's not yet in force, and looks today unlikely ever to be so. CETA is subject to the fads, whims and grandstanding of every tiny little EU statelet.

So when we consider whether we want a Canada trade deal, we must consider whether we want to conclude a trade deal with the unelected officials in 2020 only to see it still not ratified in 2026. One needs a certain trust in one's negotiating partners that they actually have a remit to negotiate on behalf of their principals, and it's not at all certain that M Barnier enjoys that trust.

So far, Greece has threatened not to ratify the trade deal unless the British Museum given them the Elgin marbles. And France has threatened to end the return of asylum seekers under the Dublin convention. And Sinn Fein is seeking a referendum on Northern Ireland's future.

The first is a risible playground taunt. For the second, we return some 6k migrants under the Dublin agreement and take in 2k (mostly for family reunification) so the EU is threatening us with 4k migrants a year when we have 3.5m EU citizens living here already? Please.

As for Northern Ireland, yes, if the people of the province want a referendum on their future we must grant it, and we must abide by their decision. However, it's far from sure whether either the citizens of the province or the Republic of Ireland would be keen. First, finance. Northern Ireland costs the UK about £10bn more each year than it raises in tax - not far short of the £13bn we paid each year to the EU. If Ireland is to keep the same levels of welfare and public services there as now, it will be a painful cost. Ireland currently has a GDP of around £75bn and taxes are just under 24% of GDP. Irish taxes would have to rise to 37% of GDP to pay for the North. I suspect that's why NI polls show that just 25% favour unification with the Republic with 52% opposing.The levels of austerity they would need to endure would be destructive.

Ireland's low tax rate is significant. The EU is asking its members to tax their people more to both make up for Brexit and pay for other aspirations - but the effects of tax increases to pay for the Berlaymont's trillion Euro goggle eyes (we've just punched a €94m hole in that) impact the people of Europe very differently. Ireland has an overall tax rate of 23.5% of GNI, France 48.4%.


Increasing the EU's annual charge to its members from 1.0% of GNI to 1.3% of GNI doesn't sound much - but for an Irishman it means the proportion of his tax going to Brussels rises by 1.2%, whilst a Frenchman can shrug off a 0.6% increase.

*CETA passed the Dutch lower chamber yesterday, but is due to go to the Tweede Kamer next month, where it is likely to fall. Incidentally, the best hashish in A'dam could be bought from a tiny place for locals, very non tourist, called Der Tweede Kamer on the Spui. In my youth I spent many happy hours there, and it's still there today. 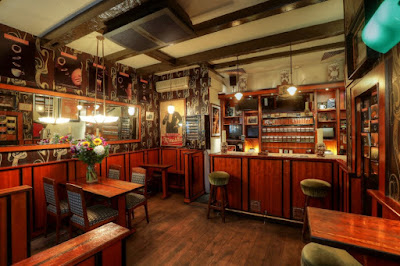 But I thought that it was to be "the easiest deal in history to sign"?

A trade deal is easy from our perspective - but we're negotiating with a dysfunctional and corrupt federation in internal chaos, whose head negotiator doesn't even know what his remit is from hour to hour, and knowing whatever he thinks he's agreed will be later repudiated by his employers ...

Well they kept the status of the Canada Trade deal very quiet didn't they?

The EU might well be holed below the waterline and the Tories will be able to tie us more closely to the nations of Europe as a result. This observation based on every world situation in recent years thatour Tory/LibDim government has backed the EU against the USA..

It wouldn't be my choice, but it is better than our current move towards globalism.

Coming to a free trade agreement with the EU should be "one of the easiest in human history" because our rules and laws are already the same, the international trade secretary has said.

Liam Fox is to set out his vision of the UK's trading relationship with the rest of the world after Brexit.

"The only reason we wouldn't come to a free and open agreement is because politics gets in the way of economics," Dr Fox told the Today programme.

My emphasis. One of the main points of 'taking back control' is that we need not be dragged into the EU way of thinking any more. Much is made of the amount of existing trade between the UK and the rest of the EU. But there is a trade imbalance - the EU sells us more than we sell them. Do you really expect the big companies are going to allow 'officials' to mess about with trade for political reasons?


Simple solution. Negotiate with the individual countries for trade deals. Bypass the EU who, quite obviously, have neither the mandate nor the capability to operate the way countries want/need. Sure, they can operate to how the 'EU' want but its becoming increasingly evident that they have an agenda to suit themselves and not their members.

The EU is on a downward spiral to destruction and they can thank their own hubris for it.

You mean your right-wing media, don't you?

All the info was out there on the European Union's website about CETA.

Dave, all the members of the European Union promised in a Treaty that they would only negotiate collectively trade arrangements via its institutions.

They are honourable, civilised countries too.

Try to get the basics, eh?


The same honourable countries that want to add 'amendments' to such negotiations before agreeing them? Either they adopt the EU Treaty position or they don't.

Clearly they don't want to or they'd STFU and let the EU operate without interference. Where's their honour now?

They are no different from any other EU member country (or former member) and show that the EU do NOT seek to operate in their interest, only the EUs selfish interest - which is what the UK figured out decades ago and hence Brexit. No wonder speculation is rife over a Frogxit or Krautxit etc....

The source for "they", as quoted by this blog's author was for the New York Times...

Not sure what side of the fence they sleep on but they haven't recommended a Republican for President since Ike.

We're very catholic in our selection of quoted sources. The facts reported by the NYT are repeated by many other news sources.

My understanding of the returning cultural artifacts clause, that was supported by Italy and Cyprus, was included by the EU to stop so many purloined articles being auctioned through UK auction houses.

In that respect these auction houses have a poor track record, though not just in the UK.

What worries the museums is setting a precedent, because they all store items that were taken at a time when they were not appreciated by their home country. The claims could be ginormous, especially Egypt (that has its own beef about mummies).

Thing is the Marbles were approved by the Ottomans when they controlled what's now Greece. They weren't stolen.

I realise this alone will not affect our future trade agreement, far greater issues undoubtedly will. However I do sympathise with Greece on this issue. They were never intended to be seen at eye level and if an arrangement can be made, the Greeks will be perfectly happy to allow the display of vast numbers of their artifacts on rotation.

That's a precedent that makes sense.

The EU, and its UK supporters, would like the transition to last forever where we accept EU directives, rules, laws, regulations etc. but without representation or veto, and which enables the EU to continue to use our assets (fishing grounds), continue to take our money, continue with the free movement of its citizens into the UK, continue its £100bn/year trade surplus and continue to fleece and cripple the UK.

So I cannot see the EU agreeing to any trade deal until after we have forced the end of the transition and we have properly left the EU and are trading on WTO rules.

"But I thought that it was to be "the easiest deal in history to sign"?

Right up there but not quite pipping "...but the bus" for the Remoaner liar/projection boohoo awards.

Prosecco anyone? Litres of the stuff still entering our market.