There are some facts from which we cannot escape. One is that the UK is short of housing. Not of bedspaces, mind, but dwellings. That this shortage is exacerbated both by migration and by migrants' desires to live in London and the South-East is also not in doubt. Whatever the arguments over the causes, we can agree that our young people should have easier access to their own homes, and that options of both renting and buying should be available. As neither markets nor central government are fulfilling this, we must look to alternatives.

As I've written many times before, Localism doesn't just mean making the final unpopular rationing decision in dividing a cake whose size has already been determined by central government. Localism means having tax as well as spend powers. Sure, having a tax levied in Manchester that is not charged in Middlesborough leads to what the Daily Mail derides as a 'postcode lottery' in its support for central Statism, but sometimes local solutions can meet local problems.

You can't go far in Vienna without seeing the familiar red lettering on a building's upper stories that proclaims it as a Council House (gemeindebau). The huge wave of housebuilding in the 1920s has left a legacy of some 600k people, around a third of Vienna's population, still living today in rented city-council housing. And they're not all poor, by any means. Some of those Alfred Loos designed apartment blocks have the same cachet as Dolphin Square.

Their construction was originally funded by a city-wide Housing Tax and Luxury Tax, and they were allocated on the basis of need, with rents restricted to a proportion of average income.

With the construction cost of a new house (excluding land, VAT and stamp duty, fees, cost of money etc) at (very roughly) £150k, it will take a lot of cash to build 300,000 new dwellings nationally. But break that figure down between public and private, and then down to locality, and it becomes manageable. Tax and land concessions together with penalty charges for unoccupied homes and delayed development, some suspensions of RTB in some council areas (e.g in all London boroughs), low cost finance through the Public Works Loan Board and a mix of other stick-and-carrot measures that would usefully include limited local taxation can facilitate new housing without additional burdens on the Treasury.

I've little hope that Hammond, a grey and modest man of no real quality or ability, can display the imagination required, but we'll have to wait until Wednesday to see. 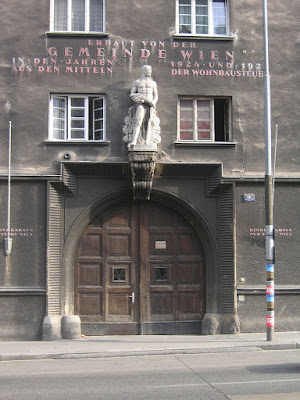 One question about a shortage of housing is what to do with all the empty property in each area? In the Bradford area there are 11,000 empty properties, yet the Council constantly encourages new build especially in the ‘green’ areas. Why? Because the Govt gives a grant to the Council for each new house built. Building 300k new houses per year may well be achievable locally but doesn’t solve the existing problems.

I would also suggest, and it appears that Hammond is considering it, that he needs to tackle the land banks held by the developers. One medium sized builder in my area is sitting on 2000 acres. They do build nice small quality estates of houses. By ‘slow releasing’ them they maintain their average price of 400k and their profit margins. Not many poor builders around!

As Justin Trudeau would say the young locals are only there by birth whereas the immigrants are there by choice.

The locals are a drain on the economy whereas the immigrants with their 150 plus languages and various and competing cultures bring vitality, diversity and enrichment.

Clearly our young should be given a free EuroRailPass (one-way) and sent on their way.

Just one more step on the jouney to destroy rationality, nation, neighbourhod, family and self.

'As Justin Trudeau would say the young locals are only there by birth whereas the immigrants are there by choice.'

When asked to comment on his Open Borders immigration strategy Trudeau replied:

"The very concept of a nation founded by European settlers is offensive to me. Old stock White Canadians are an unpleasant relic, and quite frankly, replaceable. And we will replace them."

So there you have it: build a nation from nothing and the reward is genocide. Macron's the same, and Merkel. Indeed all White nations have been scheduled for demolition - globalist instructions are under lock and key at the UN.

The deep self hatred of the " progressive" Western " liberal" class is truly remarkable and they seem to have been able to get
many or most of the native white population acquiescent to the evaluation of their worth by Trudeau and company.

In the 2005 election in Britain, I went from door to door. I lost count of the times when people started to say what they thought and quickly checked themselves. " Am I allowed to say that? " they would ask.
When I reassured them that they were entitled to their views in their own country, they were not generally persuaded that it was safe to
continue speaking in this way. The programming has been very successful.

Anybody in public employment will have gone through one or more courses of RAT ( Racial Awareness Training) which includes the unique, sole guilt of the Whites - especially the English . Anybody with a business or job dependent on public authority knows that a word out of turn is enough to lose them their business or job.

As a British person, who had been brought up in South Africa, remarked to me years ago " I think the British people have been tamed" .
I think that was right.

It's possible, I think, to argue that there is no housing shortage:

I'm of the understanding that, at one time, if you wanted a house, YOU built it - employing the necessary skill sets of course.

I also understand that the process of self-build has been red-taped out of existence except for those of a particular masochistic bent who like to push the boundaries.

I've seen plans for low-cost housing with a material bill of under £30k (Google "Irish Vernacular House") and fail to understand how a figure of £150k can be justified when 'basic' housing should be the priority .

Many of todays houses are tomorrows slums given the build quality I've seen. It's not as if you get value for money.

The whole business of housing and homes has been hijacked by vested interests (how often do we hear that accusation?) to the detriment of those in need.

Some means of rolling back the red tape and encouragement for self-build would go a long way to creating new housing and freeing existing stock for upgrade or social use. This is something easily within the remit of any Government but their lack of interest shows where their priorities really lie.

Sackerson - spot on. Overall in the UK there are enough dwellings and certainly enough bedspaces for everyone.

The problem is that they're in the wrong places.

Young mum and couple of kids, short term lease ends on London rented flat, finds herself homeless. Rehoused in some distant northern town with whole empty estates to fill. On the plus side she has security of tenure. On the minus side, all local bonds with friends and family, with locality, with informal support networks, with cultural identity are broken. Her family may have lived in Islington or Kentish Town for generations. Her grandma may have been through the Blitz. Because this is not a myth but standard practice, because these are real lives that we are destroying, we need to do something.

Dave G - Yep, if you've got the time and the knowledge, self build is a good option. It's pretty much how I'm restoring this old farmhouse, just materials to buy. The problem is that you're working without plant and can't pull 10 blokes off other jobs to unload a wagon quickly, so you have to compromise. And it takes a long time.

And I'm quite convinced costs are created to keep builders merchants in business. So, Building regs specifies that new builds should be practically airtight, except for trickle vents in the windows. Then they find this means there's not enough fresh air in houses. So what do they do? Make it compulsory to fit mechanical vent and extract systems. My old Edwardian house with slightly rattly sash windows was both perfectly ventilated and warm in winter.

A shortage of housing will be baked in to the system for as long as bricks and mortar are seen as the majority's one and only investment, rather than something which keeps the weather on the outside. Successive governments have encouraged that view because if people feel wealthy because their house is appreciating in value, said people are happy and don't much care about much else. Taxes on capital gains don't touch property, and should. Better yet, Land Value Tax - charged on landbank land as well as developed land. And for heaven's sake stop all these "affordable housing" "initiatives" which serve only to force house prices up further.

A nation of people leveraged to the very nostrils, reducing the mobility of labour and forcing houses to become smaller and smaller and meaner and meaner is not an indicator of a healthily developing nation.

I have no idea what this "Conservative" administration thinks it's about. May, confronted and beset by Brexit, disastrous election, lack of confidence and lack of ability, has now I believe appointed herself the Supremo in the drive to build more houses. For feck's sake, it must be she's solved all the big problems, and didn't even tell us! Hammond appears to want to drive the self-employed out of business, just as Trudeau is doing in Canada. He's an incompetent socialist idiot and he's even making McDonnell look half sentient.

I think it wad Javid who blamed the baby boomers for the housing shortage by not downsizing from large family homes once the kids have moved out. I live in a family sized house and would love to downsize. However, the cost of smaller houses where I live are such that, with all the associated costs of moving, plus the stamp duty, means I would end up in a smaller house with not a lot of extra capital. If successive governments want the housing situation eased, especially for family sized homes, then provide the incentive to do so.

“Some of those Alfred Loos designed apartment blocks have the same cachet as Dolphin Square. “