In reaction to the EU's attempted blackmail over the EU GPS system, to which we've already contributed not only £1.4bn but ground station facilities in UK territory around the globe, the Telegraph promised us yesterday evening an exclusive article by the defence secretary Buzz Lightyear. In it, we were told, would be an announcement of a UK GPS system badged at £3bn but realistically £10bn that would retain our global tech lead in the area and give our armed forces a secure and above all independent targeting system.

This morning nothing. Nada. Rien. The original piece has been pulled and Buzz Lightyear Gavin Williamson is nowhere to be found on the e-pages of that august publication.

Elsewhere I've seen it stated that (i) the EU system won't work without UK assistance anyway and we can turn it off (ii) EU nations have such poor security that Galileo has already been hacked by the US / Russia / China and can be disabled at will (iii) if the UK was part of Galileo's military application, we would need Herr Juncker to authorise any Trident launch.

Something's going on. Mind you, I've never really been fond of GPS and the blue wire. I was raised on LORAN and VHF-RDF and my first real boat had a manually-turned radio signal finder atop the SSB/LW/VHF set ... I'll get my peacoat. 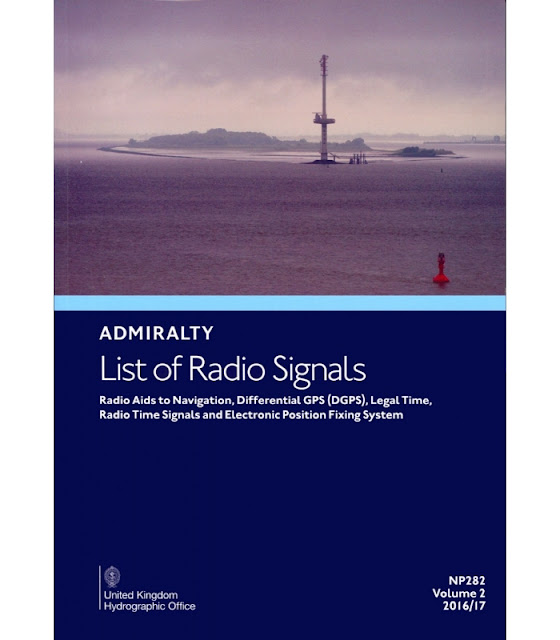 Gallileo would be spinning in his grave if he knew what his august name had been hi-jacked for.

Corporatist cack merely for the sake of it.

Gallileo was what made Europe, individuals who would stand by their new ideas...

Most "clever people" think that the state is great and we should all cleave to its next interesting money grabbing idea.

Those populists just can't see how wrong their visceral thoughts and acts are.

If only it were simply the EU using the EU GPS system to blackmail us.

It will be used by Mrs. May and all her party’s hard core EU supporters, the Civil Service (aka the UK swamp), the establishment, the bankers, the corporates etc. to say we must remain in the EU/SM/CU in order to guarantee our security in a dangerous world, completely ignoring the fact that the UK provides more European security than the rest of Europe put together and the EU are desperate to gain control of our armed forces.

What the gubmint really wants a GPS sat for is road pricing. The US won't allow them to use its system to make a profit out of the plebs so they need their own.
Then they can sell all of our roads to the house of Saud and have crapita collect the payments for us to travel on our own roads.

Mikebravo nails it. Second that.

The EU does not have missiles to launch independently of the USA. The USA provides all the defence Europe needs locally or globally.

The EU GPS is a money making scam- pure and simple. Which is what the EU always has been about - Control&Money.

Yes Raedwald, often I don't comment on your actual point... But the reason for that is that it is because I agree with you, no more needs be said...

But Jack (for once) has added something really pertinent.

It must be strange for a remainer... Truth, a novelty....

Watch it Jack, you might started seeing it elsewhere in relation to the fascist EU!

Oh really Radders. Yeah Ok, so I used LORAN, but it wasn't the greatest system was it. By day and within sight on land a good old 3 point fix would do nicely. GPS is brilliant, but the civilian version is only 12 channel (of the 24 available), and gives you an accuracy of approx 3 metres, which is good enough I think you'll find. Military GPS will put you in the ballpark plus or minus 1 metre. Being aware of how easy it is to block GPS, I took a course in celestial navigation, have my own sextant and regularly take sun sights. Most (over 90% of my sun sights) have the position line going right through my plotted GPS position. Anybody who tells you that the best accuracy you can get with a sextant is 5 miles or greater has either never taken or sun sight (or done so badly) or is talking out of their backside)

I digress however, MikeBravo hits the nail very squarely on the head. A ever, it's all about filthy lucre.

But Jack (for once) has added something really pertinent.

No that was Mikebravo, I merely confirmed.

As to The Truth; to misquote Leon Uris "you will only realise the truth when they tattoo numbers in arabic on your childrens' arms".

I know nothing about the subject but a few years back there was a documentary about how the vikings managed to sail, with the same (or greater) accuracy of modern navigational systems, simply by plotting the sun's course. So I suspect you are correct.

I attended at ITU conference in Geneva in the 90's and was admonished by an EU representative from DG xiii for asking, what I thought, (in an open forum) was a relevant question Q.. Who will control the on/off switch for these satellite navigation and telecom systems?

Oooh sextants! I had one of those cheap grey plastic ones in the '80s but lost the sun filters to a chum who wanted to watch an eclipse. Never attempted celestial navigation but I did master taking the heights and distances-off of prominent sticking up thingys using the handy tables that Reed's used to publish (I didn't often venture more than 7 or 8 miles from the coast ..) but then I always knew where I was anyway by buoy-hopping ...

Now if some bastard shifted all the buoys about I would be in trouble ...

Now if some bastard shifted all the buoys about I would be in trouble ...-Julian Clary

I used to have one of those plazzy jobbies, but after doing the course got myself a nice East German sextant from a ship that was being broken up in India. The thing is that ALL ships are required to carry a sextant (and somebody who knows how to use it - natch). Anyway through a contact I got it for about £600.00 which is cheap. Taking the sun sight is the easy bit, it is going through the nautical almanac, sight reduction tables and the increments and corrections tables to extract the necessary information that's the difficult bit. After that providing you can add and subtract and remember that there are no more that 60 seconds to a minute, sixty minutes to a degree and no more than 360 degrees to a circle its an utter doddle.

For the sight itself all you need in the height of the sun in degrees and seconds, the time (to the second) and knowing your height above sea level.
The time is critical, the Sun moves a mile in 4 seconds.

You have inadvertantly touched upon my hobby Radders :-)

The Galileo system has been what the Yanks call a pork barrel project from the get go. Having the Ariane launcher with the blue flag and gold stars emboldened officials in the administration to seek a landmark project with pervasive reach.

Everybody's at it - China has Beidou / COMPASS, Russia has Glonass, India has NavIC. Most survey grade receivers can track the above with the correct firmware and dynamic correction services can reduce the errors to sub 30cm.

All the systems are actually remarkably easy to disrupt since the signals are so weak - jamming at ground level happens accidentally when water gets into an active antenna and its amplifier starts oscillating - a single damaged commercial grade antenna can easily blot out GPS over a 10km diameter circle - I've seen it several times.

Obviously if you can get your jammer into orbit... that's handy...

Galileo is a vanity project pure and simple - i know several resellers of survey receivers that have had a gut full of the EU BS wrt this system (having attended some EU presentations on the matter).

A trivial search gives a short summary of the competition....

I suspect the Remain establishment's sudden coyness about Galileo is more to do with the new treaty which enables the EU to control the UK's security, military and diplomatic policies. Mrs May drools after EU domination, so she probably stopped little Gavin "Buzz" Lightyear from queering the pitch. Can't have the plebs cottoning on to what their elders and betters are up to, can we?

Personally I just ask a policeman. Very cheap and can be quite accurate.

That comment is hilarious. Thank you, it made my day

Lest we forget, May 8th is VE day, a day of remembrance.

Tomorrow, May 9th is a day to forget.