And so this is Christmas .. 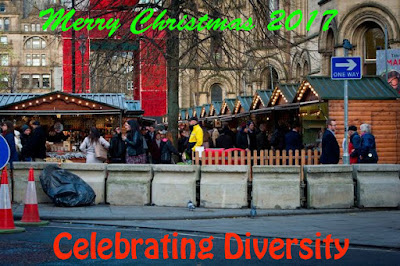 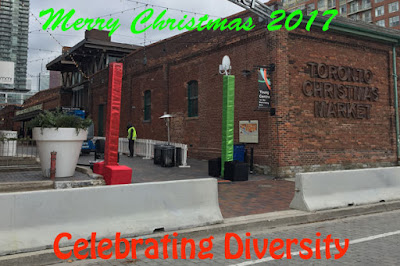 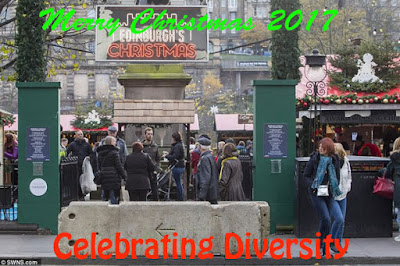 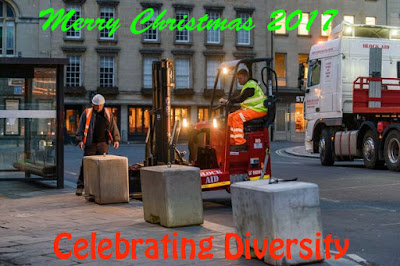 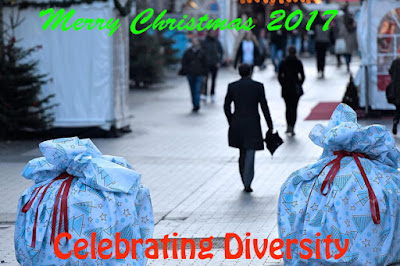 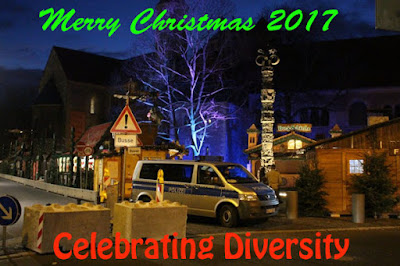 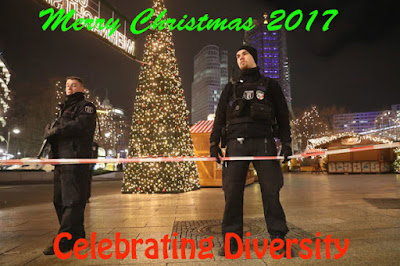 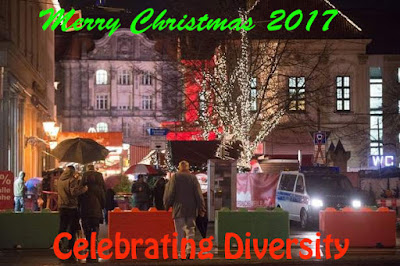 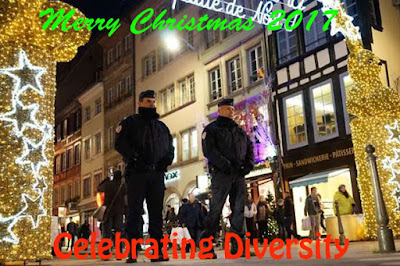 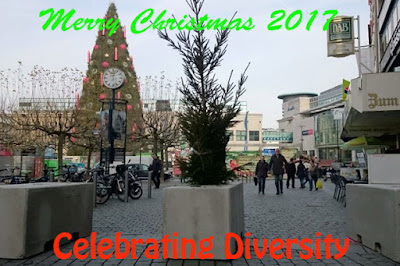 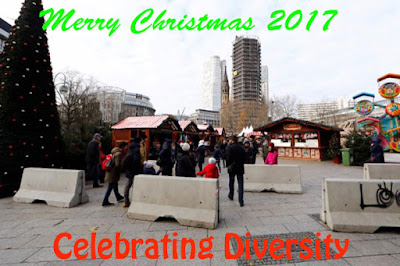 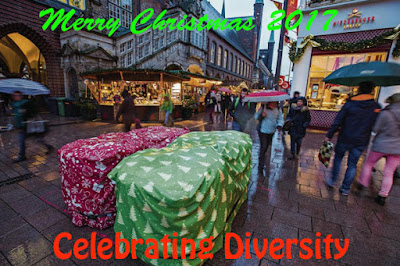 Email ThisBlogThis!Share to TwitterShare to FacebookShare to Pinterest
Labels: islamism

We can but hope that a certain POTUS doesn't retweet your latest post!
/sarcasm

Seriously, if posting videos of Mohammedan attacks is islamophobic then surely pictures of concrete blocks wrapped in garish paper is too? You should be ashamed of yourself.

I wish I had bought shares in the company that makes concrete blocks a few years ago.
Jaded

Let's all be grateful that they aren't adorned with pictures of drowned Syrian kids ...


"Let's all be grateful that they aren't adorned with pictures of drowned Syrian kids ..."
more so if they're kids sacrificed by their parents for the sake of a better life for themselves eh....?

Nicking those pics for spreading around - thanks R

True to say I suspect that we have all had it up to here with Diversity & Multiculti sh--e.

They made a mistake on Number Nine: it has stars on it.

Probably wouldn't matter, as the government would only pay outrageous amounts of taxpayer dollars that go to their cronies who don't have shares available for anyone not affiliated with the progressive movement, which includes the kickbacks to the government officials.

Celebrating the demise of the West.

Every time there's a shooting, there are idiot-calls for banning guns. So on that basis, we should ban cars & vans. (Or buy shares in concrete block makers - you know it makes sense.)

“The lamps are going out all over Europe, and we shall not see them lit again in our lifetime” - Sir Edward Grey, 3rd August, 1914

The west enters the twilight of its existence, in 'community centres' across the nation's townscape doubtless the plans have been drawn up. The people carriers are the vehicle of this transport to a darker world. And a willing massed ranks of the faithful to do the business.

A government in utter denial, an unarmed population, an army cut down to almost nothing and a police force - they won't disappear because they already have.

A few hundred was all it took to cow and control Mosul and all done with the minimum and overnight but real terror was just about to begin, the 'religous police' soon got to work.

Concrete blocks was the meagre counter, and all the government offered. The SAS will protect the Royal Family and senior heads of government, the rest 'proles' will be left as meat for the wolves.

They were purposefully emasculated, blinded and made to walk into the valley of the shadow of death and where, there is no hope of salvation this time, because, the Americans won't be coming.

My grandmother used to leave her Yale key in the front door during the daytime, but then her neighbours were friends and family and meant her no harm.

The goverment seen to be protecting the citizenry.
Cost: A few hundred quid per block.

Whilst I'm fully on board with the sentiment and all of the comments, Christmas still remains a buttress to the thuggery of Islam and all its atrocities.

Get out to celebrate the birth of Christ and all he stood for. believe in God or not, go to Church and worship the antidote to what willm otherwise be an unopposed Islamification and no cop outs without severe punishment for generations to come. You know, stoning, people thrown off rooves, Remington out of business and public executions and floggings. Just like we once did before a degree of civilisation emerged. Now at risk if not already lost.

You reap what you sow.

"Christmas still remains a buttress to the thuggery of Islam and all its atrocities."- Old Rightie

Normally I try and do my best to avoid Xmas at all costs,beyond presents for the Grandkids cos not even I'm that scroogey (and I have 'BAH Humbug' running through me like a stick of festive rock) and a Lebkuchen with my cup of tea. Never thought about it as a 'buttress' to anything except good taste, prudent spending and sobriety before now but I admit I see the sense in what you say. Am intriguing thought that one, thanks.


You are right, too right. I shall be attending mass on Christmas day, from an inveterate and very unworthy sinner, let me pray, hope that there is room at the inn.

I'm with oldrightie as well. And here are two of my favourite Christmas tunes to bid you all a wonderful Christmas season:

Stoke the fire; pour a glass of red and enjoy!

Old Rightie may have a point, but having recently attended an Anglican church after several decades of absence I was dismayed by the pusillanimous service and the overwhelming acceptance of "environmentalism" and socialism. If your attendance signals your further acceptance of degradation of a once robust christianity to the adherents of islam then you have achieved little.

If however a large congregation at last ran out all the appeasers (for want of a better word) like justin welby and his cohorts of women bishops then I would consider that progress was being made. Of course, that won't happen.

islam is a religion of submission, it only really understands enslavement and death, christians of the middle ages understood this, which is why the Battle of Tours and the Battle of Vienna should be celebrated in our churches, not the current happy, clappy we can all get along nonsense celebrated by welby and may.

To conclude, the church as presently constituted is just another arm of the the weak society that yUK has become, you would be better to emulate Hungary and Poland if you wish to survive. In the meantime you could obtain a shotgun license as your own very best Christmas present, and an antidote to the kind of thinking that concrete barriers can protect you and yours whilst the govt allows ISIS nutters to return to yUK unhindered.

Both Mrs O'Blene and I had Christian rules rammed down our throats when we were kids, and after that diet of relentless religion, we think we've done enough to ensure that we know the ropes by now.

As far as I'm concerned, diversity is just another word for 'laying back and not enjoying it', but that's supposed to be a problem strong governments in a fiercely loyal population should deal with, not just coming up with a load of bollards so late in the day.

Luckily (smugly), we live in a peaceful village and avoid any contact with places like the pics show and actually don't see any need to consider 'diversideeeee'; it's a subject for BBC types, and therefore not watched or listened to - ever!

Not just Christmas. At the Huddersfield Food Festival at the beginning of August they had a large JCB telescopic handler parked at the end of Railway Street to deter a lorry or van attack.

Mind you, there is a large number of RoPers in the area so it probably was high risk

The Germans are offering their immigrants cash to go home. I recall, the same idea was floated in the UK back in the '80s, pity we didn't follow up on the idea.