Well, it's been another year of surprises and our understanding of the world is just a bit different at the turn of this year from the turn of last. From my point of view, some of the more significant changes include 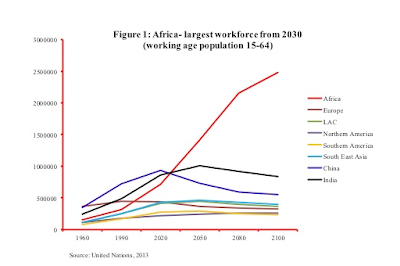 Regulation of Social Media
The headlines this year have been about the abuse issues on social media; MPs in particular, who want to use social media to self-publicise, are unaccustomed the level of vitriol that they attract from some folk - some clearly illegal, but much of it just robust abusive invective. They are pushing for more regulation.

In fact the real issue about social media in 2017 is how vital to democracy unencumbered access to it is. With Facebook and Twitter struggling to control unacceptable content, crude and thus unfair shortcuts, including AI, are being used to censor postings.

I think 2018 may bring the realisation that access to social media equals access to democracy - and attempts to restrict access for legal uses equal attempts to gag voters. As facebook in particular is looking to the lucrative political advertising stream, the Electoral Commission must speed up from its snail's pace to face this challenge.

House of Peers
A year ago I suggested the HoL would prove in 2017 a Brexit thorn that needed desperate remedies. Well, in the event it didn't. The government's stated intention - to 'let them talk until they wet themselves' - proved effective. The prospect of damp red benches with no effective outcome clearly didn't appeal to their Lordships. I'm going to recycle this for 2018 - it's all or bust this year for the anti-democratic refuseniks. They may destroy their privilege in the process, or see TM flood the Lords with People's Peers (I'm still free, Prime Minister) but will they emerge over the parapit?

Email ThisBlogThis!Share to TwitterShare to FacebookShare to Pinterest
Labels: 2017


Only generalisations can be made for anything related to politics or finance so I can safely say that:

The only things I wish for in any New Year are health and happiness to my nearest and dearest...... oh, and your good self too Radders!

If PMT.May would amend the various Parliament Acts so they only applied to budgets and she reinstated the hereditary peers etc-undoing all the damage done to democracy in this country since Blair then I would feel a lot happier about BrexSSHite. I think a lot of remainers would. Brexit could become something really good.

I am not so sure about your evaluation of social media Raedwald.

I am not signed up to any of the big operators, I don't have accounts with them and I don't read them, although I have been tempted by Tumblr, since it seems reasonably innocent.

I do however regularly listen to Nigel Farage on LBC, all the while conscious that such programming, along with other phone in media programme of any ilk, have far more to do with the provision of a safe space for listeners/readers.

If like me, you agree with Brexit, you can listen to Nigel and have a lovely ego massage along with the odd two minute hate when someone rings in to tell us about farage and the bus.

If one is a "remoaner", the place to go for the opposite effect is that wanker O'Brien, where the reverse happens, the only significant difference being that Nigel is a gentleman, whereas O' Brien won't allow detractors a second or two to develop their point. They have to be shot down for not using the correct culturally marxist lexicon, just in case they make too much sense.

The recent case of Lewis Hamilton and his "mis-speaking" to his nephew, which he foolishly (though innocently) posted on twatter.

Lewis Hamilton and those who are treated like him, should NEVER apologise for such acts, but there would have been no victory for the weird out there, if he hadn't posted something on what you call the democracy of social media.

My prediction for 2018 is that in Yerp, Trump will earn himself the title,"the most hated man on the planet", even though he will be re-elected on a bigger majority in 2018.

I mean we can't go around making government smaller and denying the self anointed deserving ones their superannuated salaries and pensions, can we? They hate the fact that he is the "real thing".

Oh and by the way Raedwald, is there any way that you can find of making it less difficult to post comments on your blog.... I am absolutely fed up with trying to spot the road signs/cars/roads, and then getting it wrong?

What surprised me most this year was the sheer number of quislings out there - and one, who's even written a book on how to stop our withdrawal from the EU, has been put forward for knighthood!?! Yes, they're going to give that serial liar Clegg a KCB. You couldn't make it up.

NC (Numerical Control), a component that gives AI force and direction, has its origins in WW2. To be precise naval gunnery. In the Pacific War the campaign fought between US surface ships and the Japanese navy gave one bright spark the idea to marry guns to radar - it also gave birth to the servomechanism, which in this case controlled the azimuth and elevation of the gun. Radar plots were converted into signals through a logic control which in turn became a firing solution outputted to servomotors in the gun turret. For the first time ships guns could track a target without human input. Speed and precision were the aims and that's exactly what they got from it.

Wartime imperatives boost technological advances so in peacetime this use of numerically controlled servomotors was soon spotted by the machine tool industry: the complex machining of curved aircraft components was a problem in search of a solution. So, the first NC controlled three-axis milling machine was successfully displayed at the Massachusetts Institute of Technology in 1952. Your car has a servomotor for the powered steering and you provide the inputs. Right now a competition is on to replace you as the input device.

Humans will continue to be replaced as input devices across all fields for the foreseeable future. That is all.

Yes, they're going to give that serial liar Clegg a KCB.-Steve

Let me assure you, as someone who is perhaps more in the 'remain' camp, that that had me "WTF???!?!?ing too! Almost on a par with that report that Putin was behind the 'Leave' vote. Some of the nonsense Remainers come out with is just as embarrassing as any BrexSShiteur froth or Davis'57 varieties of Lies.

One revelation of 2018 will be just how badly Theresa May has betrayed us. At the end of 2018 we will be only 3 months from the "official" leave date. I wonder how those who still believe in May, despite the evidence, will spin it? Perhaps, instead, she will disappear of her own volition before the forthcoming general election in May 2018. No groans at the back, there, please.

There is another interesting area to watch: the EuroZone. Many EZ banks are teetering on the edge. What might push them over is the problem of Non-Performing Loans (NPL), very high in the more shady EZ economies.

There is also a problem with sovereign debt in the EZ. At the moment the ECB creates Euros out of thin air (via QE) which it uses extensively to buy the less favoured sovereign debt. If the ECB didn't do this there would be much higher interest rates in the dodgy, mainly southern EU, economies. Higher rates impact on NPLs, and the banks, and sovereign debt, round and round.

It's all a bit house-of-cards-ish. Any one going down could pull the rest with it: something I will enjoy watching if it happens.

heseltine, sums up the political establishment, two faced lying bastards who'd sell their mother and children if it meant they could delay the inevitable - a date with Faust and the pact recompenced.

I agree with Budgie. The fish faced cow May is teeing us up for betrayal.

I sincerely hope 2018 will see the parliamentary party grow a pair and get rid of the dangerous quisling.

Well, 2017 started with a litter of puppies in January (luckily it was a mild winter: all happily homed with people we know in April) and finished with my first chemo session just before Christmas! So 2018 brings nausea, baldness and lots of box sets. On the upside, my brother gave me a Bitcoin for my birthday last summer :) I hope all goes well with the renovations and you're sounding like a native down at the bar!