EU kicks Italian can down the road

In President Mattarella, the EU has a head of state wholly committed to both the Euro and a Federast union - a safe pair of hands for the German empire. Under the Italian constitution, the President not only appoints the Head of the Council of Ministers (the PM) but must approve the appointment of the ministers. Normally a rubber stamp process, Mattarella has used this power in his first blocking move to delay the Lega / 5 star coalition from taking power.

It now looks like another election for Italy, with an EU approved technocratic government installed by Mattarella in the meanwhile. This time the EU is expected to pour in hundreds of millions in black publicity to swing the result away from the populist parties - but in the slim chance that Italian voters dig their heels in against the Germans, Mattarella has more shots in his locker to enable the EU to keep kicking the Italian can down the road for as long as possible.

The EU Satrap President of Italy can also veto bills going before the Italian parliament, and send passed acts back for 'reconsideration' if he doesn't like them. He can also issue emergency laws by decree - though these are time limited to 60 days unless made permanent or extended by parliament. So plenty of scope to keep the can bouncing down the road for months or even years.

The only light at the end of the tunnel is Mattarella's age - he's 77. 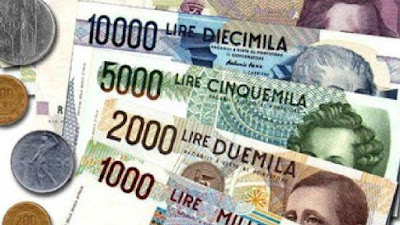 Beautiful Italy... they took the Euromark and expected a gravy-train for life; now they know there is no free lunch. Rise up and fight for freedom or bend to the will of the new German Empire.

If you take away people's power to change things peacefully through the ballot box, all that is left to them is violence.

I wonder how long it will be before the shooting starts in Italy, and elsewhere in the 4th Reich.


There are rumours that it may be possible to impeach Mattarella - although I don't know how desperate the coalition is to push this line, it would certainly throw the Euro under the bus if they did!

Or do you approve of pissing on ordinary folk? Of course as a Remainiac you obviously do.

We've got our HoL, many with strong financial ties to the EU doing all in their power to delay, even thwart our "will of the people".

With Italy it's one guy, installed by the EU to protect its very substantial interests.

No side in this sordid affair comes out covered in glory. The two "populist" parties have concocted a to do list that's financially juvenile and most certainly not what many of their voters thought they were going to get.

Some of their recent statements, about forcing the EU to cough up more, were highly irresponsible, designed to be confrontational and antagonistic.

The President has only refused one single appointment, an 81 year old I believe, and they throw a huge hissy fit.

I've got every sympathy with the Italians; they want change and they voted for the best on offer. In this case a lack of political maturity is what they got.

It's time out time. President intends to install a finance minister who's ex IMF with a reputation for cutting out waste.

Three months for our populists to get their act together. Just don't try crashing the Euro, or expect the EU to sink more into their black hole.

Us, well the HoL is what it is because our politicians made it so. And who voted for the politicians? Mirror anyone.

That they all play dirty is ONLY exposed because of the alt media. Guys like you and outfits like Breibart.

Smoking scot - the view from here is that Salvini and Di Maio deliberately nominated Savona to throw down a gauntlet probably hoping that in the virtually inevitable new elections they will further improve their mandate.

The polls to date support that as a feasible plan. Their programme is not as jejeune as you have depicted, and as can be judged by the people it has horrified, it has a lot to recommend it. Italy has been stagnating since it joined the euro and has been thrown under the immigration bus by Brussels and Berlin.

The italians are rightly fed up and have voted heavily for the two parties that promised to end the kowtowing to brussles.

These parties' programme has been blocked by the senile old bed blocker put in as backstop by Brussels.

This is where the fun begins.

it. Italy has been stagnating since it joined the euro and has been thrown under the immigration bus by Brussels and Berlin.

Italy and Greece should never have been allowed to join the euro; or in the words of the leading economists of that time: "Are yous out of your fucking minds?!?"
Of course it was all going to end in tears. The Lira was softer than even the £ will be after brexSShite. Hell you could have papered your entire flat in Lira notes and the glue would have still cost more than the money was worth.

And no Italy hasn't just been thrown under the immigration bus, they have been royally arse raped and I have a sneaking suspicion that part of why the EU wants Italy and Greece gone is that that looks like the only way of stemming the tide of 'refugees' (in EU speak) without gunboats and scupperings.

Yes, for what we're always cheerfully told is a 'symbolic head of state role in a non-presidential constitutional system', Mattarella has found a way of turning his sinecure into a kind of dictatorship. He's just essentially dissolved the government by preventing it from forming a cabinet, and now he's put in a puppet technocrat - not as finance minister, as a previous poster claimed, but as Prime Minister, if you please.

Carlo Coltarelli was (from November 2008 to 2013) Director of the Fiscal Affairs Department of the IMF. So he oversaw the clusterf*** that was Greece (unelected installation of technocrat Papademos) Italy (unelected technocrat Monti) and the IMF itself (EU fanatic Lagarde subverting IMF rules to protect the euro and the French banks. Calling him a safe pair of hands reminds me of the immortal line in the film Farenheit 451: 'Mummy, look, the firemen - there's going to be a fire!'

"Of course it was all going to end in tears." Oh, brilliant, Jack Ketch, brilliant. [That's sarcasm, btw].

When eurosceptics said it would all end in tears back in the late 1990s we were denounced as xenophobes, Nazis, little-Englanders, thick, and all the other name calling you europhiles habitually use in place of rational argument.

Now that it is all ending in tears, Remains trot out the obedient wail: the wops (Ma-in-law, please forgive me) shouldn't have been allowed to join EMU. I have actually seen a Remain declare that if the UK had joined the Euro, we could have stopped Greece joining: therefore it was our (eurosceptics') fault.

A pox on your corrupt and evil "European" Union (or Economic Community) as envisaged by your SS shite, or at least Walther Funk. It has after all been a long term aim of Germany (even since the C19th, according to Edward Spalton). Remains really are Quislings even as they are being duped.

At one level, you have to admire the EU elites: their arrogance, their ruthlessness, their absolutely unshakeable determination that they, and they alone, can should and will tell everyone else how to live. Such hubris has rarely been seen in the world; but we all know what comes after hubris...

As for the Italians, God love them (and I certainly do) but to lose one democratically-elected government to the diktats of Berlin and Brussels could be construed as a misfortune; to lose two in the same way starts to look like carelessness.

I sincerely hope they have the cojones to tell the Germans where to stick it. Fingers crossed! Forza la Lega!

At one level, you have to admire the EU elites: their arrogance, their ruthlessness, their absolutely unshakeable determination that they, and they alone, can should and will tell everyone else how to live. Such hubris has rarely been seen in the world; but we all know what comes after hubris...

Quite. It was the same in the USSR and Warsaw bloc countries. Till the last, they maintained that they were on top, until they ran for their lives.

I read that the ECB has appointed Luis de Guindos as Deputy Head of the ECB. Guindos is "a veteran politician inexperienced in central banking and with fewer academic credentials in economics than Draghi".
Guindos was appointed in the usual EU contest: there were only two candidates and one pulled out at the last minute,in one of those democratic EU moments. (Mind you, how democratic was May's 'election' as PM?). They always tell us there are 500,000 citizens in the EU. But they always end up with the least qualified for any job.
The potential fubar situation is if the Italian Draghi has to resign as a result of Italian political and monetary developments (or is requested by a grateful Italian nation through the mnouthpiece of its devoted President to patriotically abandon his rustic plough in Brussels and return like Cincinnatus to Save Rome).