Mohammed was NOT a paedophile, OK?

Dai, had he existed in reality, would have enjoyed the ruling this week from the ECHR. Not so Douglas Murray, writing in the Speccie. I fear Douglas has actually got it wrong. He either hasn't fully read the court decision, or doesn't understand it. Let me reassure him. It's OK to state anywhere in Austria that the Prophet Mohammed married Aisha when she was six years old, and had sex with her when she was nine. No problem. The court accepts this as a fact that can be openly stated.

The ECHR even accepts that this act is open to moral critique, as to whether it was an act of child abuse, was detrimental to Aisha's mental and physical well-being, or even whether Aisha could have given informed consent, or whether a pre-pubescent child, being the vassal and property of a man who was her husband under the belief system of that time and place, could be subject without restriction to his sexual penetration whatever her age or willingness. All fine. Discuss.

What the court ruled we can't do is to call Mohammed a paedophile. A paedophile demonstrates a sexual predilection for sex with an entire class of pre-pubescent girls or boys - it is a state of continuous sexual perversion, a condition not an act. There is no evidence that Mohammed inflicting sex upon a single prepubescent child is sufficient evidence of a condition of paedophilia, ruled the court. Therefore the accusation is abusive and unlawful under Austrian law.

Dai the goat-fucker would down his pint in satisfaction. 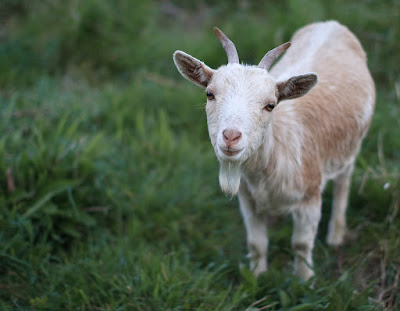 I suppose that Peter Sutcliffe is no longer the Yorkshire Ripper then.

Surely everything about that creed is the same...?

Nothing to do with sex.

Virtually... no... every edict is about inflicting male will on women and children on the pretext that it is the will of Allah.

Any of these acts are expressions of power and a statement of where the power resides.

For it is written.

I suppose it's ok to say that Mo committed at least one paedophilic act. Doesn't that still make him a paedophile, just as someone who steals at least once, is still a thief?

pen seive - moot point. By extension, one can no longer call someone who has committed an act of theft a thief ..

By tortious logic, the court said that because Mohammed remained married to Aisha until she was 18 (and he was 61) i.e. until she was if not past puberty then well into it, his intercourse with her when she was 9 was not a paedophile act.

I'm wondering if E.S used the oldfashioned Germanterm 'Kinderschänder' or the 'fremdwort' term 'Pädophile'. ('fremdwort' or 'foreign word' are words that tend to be used by people who want to appear 'modern', 'with it', or 'educated'). If she used the old fashioned German word then she might have gotten away with it in an Austrian court because the two terms are not synonymous- calling someone a 'child abuser' concerns that person's misdeeds, unlike calling someone a 'paedophile' which implies a sexual preference.

But in anycase it is a bit of a Pyrrhic victory for the ROPers and SJWs. A court, the highest court, has confirmed that Mo was a kidfucker and it is legal to say that. If I were E.S. I would be putting that , in 'non agressive terms'of course, on every party letter head: "Highest Court confirms Prophet Mohammed Slept With 9 Year Old!"...

Jack - agree with para 2 - the ECHR have actually done something right, but by accident, and not at all what they intended to do.

They've actually opened up Mohammed's behaviour to open, reasoned discussion and created a debate that belongs as much to non-Muslims as Muslims - as it's now a matter of not only free speech and human rights, but the judgement has permitted reasoned, balanced and non-insulting debate of Mohammed's sexual and moral standards, and their context in terms of Western Christian orthodoxy.

I now want to see a well-debated reasoned and balanced discussion between churchmen and theologians as to how we interpret Christ's "It were better for him that a millstone were hanged about his neck, and he cast into the sea, than that he should offend one of these little ones"

Was 9 year-old Aisha a 'little one'? When I look upon a 9 year old child, I have no doubt that she was.

In your discussion about whether Mohammed was or wasn't a paedophile, remember to take into account his requirement that all Muslims must remove their pubic hair (aka "the hairs of your disbelief"). [Reliance of the Traveller Book E: Purification e4.1(3)] The effect is surely to copy the visual image of a prepubescent child.

"Mohammed was NOT a paedophile, OK?"

It's even possible Mohammed wasn't a paedophile. There is out there, a discussion between Tommy Robinson and a Moslem cleric ( self appointed, natch ) of one or other Islamic sect, which proposes, the narrative mainstream Islam would prefer it did not: Mo 'entered' ( snigger ) into and consummated a relationship with the child Aishia, rather than the alternative, that he married either an adult woman who had, how can it be said delicately, 'put it about' or, nearly as bad, a divorcee.

In either case, not a virgin and not the sort of person the prophet should be consorting with.

"In either case, not a virgin and not the sort of person the prophet should be consorting with."

And if that's true, it destroys the whole " the koran is the holy and unadulterated word of got ' stchik.

It is an interesting ruling, by formalising and confirming the supposed facts of the case, and there is a certain logic in saying that there is an argument that by taking a wife of such young age was slightly different from being a rotheram taxi driver.

However, that is also beside the point, because the ruling is that you commit a crime by saying that makes him a paedophile. So that begs the question after how many do you become a paedophile or is always acceptable if you then marry them?

It looks to me like a ruling that has been carefully created to try to triangulate rather than to establish a proper point of law, and the repercussions will likely be quite serious.

Rather than shutting down an inconvenient debate, it looks to me that they have opened the door to a raging inferno.

Raedwald - I like the point you make about the ECHR and the unintended consequences of their ruling. But what's wrong with this isn't anything to do with Islam, Muslims, paedophilic prophets, nine year old girls - it's that the highest Court in the EUSSR has sat in all its pomp and stupidity and self-importance and based a judgment on its consideration of an ancient fable. In doing so, it seems to me to expressly state that in their judgment the national courts were correct to convict in order to avoid upsetting some people.

I see that Cohn-Bendit seems to be resurrecting his profile. Just saying.

Cuffleyburgers - spot on. Implications as you point out include

1. Can we describe those sexually attracted to children but who have had fewer than one experience as paedos any more?
2. Can Paedos only convicted of one offence appeal not to be entered on the sex offenders register on the grounds that they intend to marry their victim?
3. Do 2 sexual experiences with pre-pubescent children then make someone a paedo, or does it take 3,4,5 or more?

As you say, it's a nightmare ruling that opens a huge can of worms

And proves yet again that the ECHR, like the ECJ, is a political court driven more by establishing / codifying a neoliberal social order than with clarifying issues of jurisprudence if not justice.

"I now want to see a well-debated reasoned and balanced discussion between churchmen and theologians..."

No chance. I have yet to hear a single one preach that Moh is clearly a false prophet of the type Jesus Christ warned them about.

The other thing of course is that judging people by today's standards is wrong. Everybody shagged children before, I know the Arabs still do but the Greeks, Romans et al throughout human history have been "paedophiles" going by the 'man in the street' definition; not by the official (correct) meaning that you mention in the blog-post here, i.e. from Wiki: "that it is a psychiatric disorder in which an adult or older adolescent experiences a primary or exclusive sexual attraction to prepubescent children", very few sex offenders are like that, but there are loads that shag children. The court have done Islam no favours at all. (snigger)

Raewald: "Can we describe those sexually attracted to children but who have had fewer than one experience as paedos any more?"

Since sex with an underage child (whether consensual or not) is classed as statutory rape, then I suppose the more accurate description is Mohammed the child rapist.