Actors age like fine wine and most are better with age. I've drunk and laughed with many, including an ex, and I like them as a breed - but they're definitely more fun when they've reached a stage at which they can laugh at their own profession. I've got a deep fund of actor jokes they've shared with me over the years, but a few are favourites. The late Billy Jay, an old time Rep actor, reminded me of the precarious life of an actor when we caught sight through the window of the French of someone carrying a box of Romeo y Julietas. Old-school actors, he explained, used to carry their make-up in cigar boxes. On spotting his thespian friend on the other side of Shaftesbury Avenue carrying such a cigar box one blade waved across the traffic and with stage-face asked optimistically 'Working?' the response was a shake of the head. "Moving" came the reply.

London's theatres are going dark. We are losing a large part of the magic that lives amongst us, for the live stage is a potent conjuration, an experience that leaves even the jaded and unimpressed changed, and mostly improved. Not just the actors on stage, but the whole backstage armies so skilled in lights, paint, ropes and canvas and mixing boards who form little animated clumps in pubs from the Welsh Harp to the Coach and beyond and whose presence amongst us adds immeasurably to the joy and quality of West End life.

I've just read Philip Ziegler's 'London at War 1939 - 1945' in which the capability of theatreland to survive and even flourish during the blitz and the following attritional bombing campaigns is well-described. This time that won't even be a possibility - this nasty little virus will succeed where Herr Goering failed (and we without a Murial let alone a 'Miss Hitler' to curse).

So here's a plea. In all the measures to mitigate the effects of this thing, let's not forget the theatres, and the people that make them work, and not just the West End but every Rep in the land that brings the magic of the stage to our lives. It will cost a lot less than maintaining the billionaire Richard Branson in his offshore lifestyle, and bring a lot more benefit to many more lives. 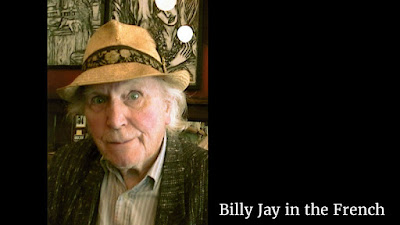 Not so very far from where I now live there are two glorious cinemas/theatres built one built originally in the late 1920s and the other in the very early 1930s. They've been in use as cinemas (and more recently theatres/gig venues) ever since. One has been very well modernised internally and charges less than £4 a seat regardless of the film being shown - showing-up the greedy modern chain multiplexes. The older one is more or less in original condition. It would grieve me if they were forced to permanently close as a result of this virus.

And my small town has a number of lovely, very old pubs which I hope survive. This is an affluent area and as soon as restrictions are lifted, I'm sure people will go back to them - IF they survive the next few months.

The Government should ensure community businesses like these survive. And if the Globalists like Branson need a bail-out, they can ask the EU which they support or have a whip-round amongst their globalist chums .... after he's sold his private island and used his own squillions of course.

Coro isn't even as dangerous as the Flu or the fact that 4500 Americans die in an average year from the common cold.

We will need to start hanging some of the media and political power-grabbing scum. If we can afford rope in the economic mess they are creating.

My sister knew Billy very well, I just texted this blog to her.

She said he was never the same following the death of his very best friend.... Paul.


In the way that some acts used smoke and mirrors to entertain we need to be aware of the same methods being implemented to distract us all from the real problems about to befall us.

.... and like all great actors we should never forget WHO played the leading parts.

We all need to know how to restring a piano.

Yes, Dave, pianos may well go unstrung if the death toll here reaches the hundreds of thousands predicted but sticks at just over three thousand in China, as seems likely, what?

"More people choke to death on carrots than are eaten by lions, so carrots are more dangerous than lions" says Ecky.

Stephen J - He was a lovely bloke, and I only saw him anger once, after Noel Botham (also now dead) had leaked the fact that Hughie Green was Paula Yates's father to the NoW. "Nasty shit-raking guttersnipe" he pronounced in that wonderful full west-country burr, his voice directed at the champagne-sipping Botham's back.

You really are getting a hard on at the thought of British people dying.

Remainers are going to die too. You do realise this?

No, unlike this excuse-for-a-government, I actually want to do something to stop the deaths, Mark, as did the Chinese, and as others are now doing too.

The UK is pretty well alone in the world in this madness.

You do seem to have an unhealthy preoccupation, with the tackle of old white men though.

Stop projecting. How many times do you have to be told!

I know you don't like Boris but "the UK is pretty well alone in this madness". What specific madness is it BTW?

My late Great Uncle was an actor. As a teenager I was at a party in his flat in Notting Hill (long before it was gentrified). Uncle Dermot was drinking red wine from a pint glass while another actor was slagging off a 3rd for appearing in a TV advert. His long diatribe included the phrase “prostituting himself for 30 pieces of silver”. Dermot responded “hmm... I know how you feel. No one’s asked me to do one either”

Some actors are more bearable than others.

The am-drammers, who insist on their hobby being called "community theatre" are a hoot though.

I thought an am-drammer was someone who only drank single measures of whisky.

'I actually want to do something to stop the deaths, Mark, as did the Chinese..'

How would you know what the Chinese have done you pretentious prig.

"Pretentious Prig". What a superlative description of the leftard troll!

I'm not a paranoid lunatic who believes that WHO are a conspiracy of liars.

China reported just twenty-one new cases yesterday, but only one domestic, the rest in people coming in from outside the country.

Life is pretty well back to normal there.

'"Pretentious Prig". What a superlative description of the leftard troll!'

Ta. Was so annoyed at him I forgot to leave my name..

Some actors forget to remove the apparel of their roles when they go home. Others are humble enough to admit that it's all an act, that in reality those clever lines were some other person's words. We should laud their acting and pay little attention otherwise.

You swallow EU propaganda without lube so I suppose Chinese isn't that hard to swallow.

The comedians in Downing Street have mislaid their oven ready deal.

HMG plans to publish its draft free trade agreement in the near future according to today's newspapers.

Vassalage beckons. Anybody checked how much Rishi has budgeted for continued payments to the EU?

And a thread or two ago JPM didn't know what I meant?

In addition to the actors, let's remember the professional musicians.
I was going to three opera performances and concerts in Nottingham and Birmingham this week. All cancelled obviously. That's a whole bunch of musicians who either aren't going to get paid or else their employers are going to be put out of business very soon. This is an effing disaster.