We must not forget when throwing money at workers and businesses where we want to end up when the virus crisis is past. Before we spend every pound we must turn it over twice, as my mother used to say. This is not a demand shock - the nation did not want to stop spending. But we must realise that Covid-19 will change everything, and when it is over our spending patterns will undoubtedly have changed. We must not waste money on businesses and activities that have no future. The virus is a system shock that will accelerate changes that are happening anyway - but how do we decide what to fund, how to fund it and on what terms?

Airlines
The case for LHR's extra runway has become much weaker. I can't see demand for global travel ever recovering to the point it was at in November 2019, and that means airlines, which are anyway on the cusp of profitability, going bust and allowing it to happen. What do we save? Well, we're back to national carriers all over the world, so we must fund BA. And easyjet is our national budget carrier, so deserving of support. Let the others fall, including Branson's Virgin.

The High Street
The slow decline of the high street has seen chain stores struggle to survive in the face of crippling rent and rates. The government's last budget offered some relief, but after a period of enforced close down will the High Street post-Covid ever return to what it was? The streetscape of our towns and cities is relatively recent, dating largely from the mid 19th century, so it's not an immutable part of our heritage.

Bounceback
When it is possible to lift restrictions - and suggestions are that this might be stop-start - demand will return and we must do everything we can to ensure the effects of bounceback leave us where we want to be. For some businesses, there will be a permanent loss of income. If you normally go to the barbers every month, after four month's absence you won't have four haircuts - all that income is lost. Offering loans to such businesses is pointless - imposing a burden they are unlikely to recoup in increased trade. Backlogs in contrast will see a huge burst of spending as at the end of rationing when buyers create four months of sales in a month; loans to such businesses to keep them ticking over make eminent sense. Computers, DIY goods, home improvements may be such.

AI
We saw the end of the trade of Tube driver last week. The pics that hit the press and social media of dangerously crowded tubes because drivers were self-isolating in large numbers, when not a single DLR formation was cancelled, means the end of public opposition to driverless tube trains - meaning more of them, travelling more closely to eachother, more safely and less crowded, is only now a matter of time. Similarly across the economy.

The environment
I think across the entire world the effect of the standstill is striking billions of people as to the effects on both our world and ourselves of human activity. Choking clouds of SO2 and smog lifted from cities, bird song audible in London. We won't quite see dolphins in the Regent's canal, but the effect will be salutary - and not going back will become a politically saleable option.

The B Ark
We're finding out today who doesn't want their children at home. The most extraordinary melange of B-Ark passengers are claiming 'key worker' status, from nail painters, personal trainers and hashish purveyors to Uber drivers and artisan avocado-mashers. I reckon about 80% of these folk could easily be re-employed out in the fields. We need to subsidise only those activities that create the greatest total benefit for society and nation

It's going to be very interesting.

Update
======
Boris is under tremendous pressure from his entire team to introduce a full lockdown - we must at least credit him with resisting it for so long on libertarian grounds. However, I think the science is against him.

And fieldworkers? Uhm, metaphorical. It's my opinion that everyone on the B-ark is free to carry on what they're doing at their own expense - but if they want public money, they must help feed and dress the cared-for - or similar collectively useful employments - rather than painting nails or spraying tanning fluid. 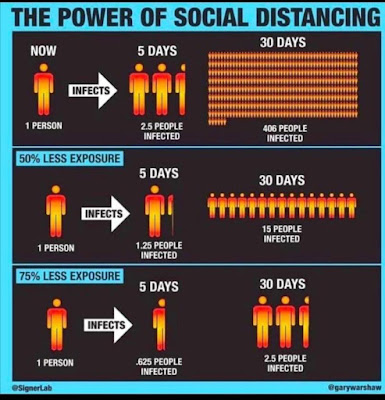 Out in the fields...yeah ok Pol Pot.

Out in the fields? Crops are planted, tended and harvested by machine" the only crop that is harvested by hand is soft fruit and that problem is being rapidly solved by robotic and drone technology. The Agricultural Revolution happened a long time ago. Some people of course think it never happened at all


This is purely and entirely an ENGINEERED crisis designed to save the banks at everyone else's expense and anyone that thinks otherwise needs to buy shares in my bridge.

6500+ people committed suicide last year - no lock down, no hysteria, no economic meltdown. The day average death rate in the UK is around 1500 - DAILY.

This 'virus' is getting to be the excuse of excuses and people are gullible enough to allow their rights, freedoms and wealth to be dismantled almost voluntarily due to ignorant belief in government diktat.

Government knows we'd be out on the streets looking for blood if we knew what the banks have in store for us so this 'crisis' - engineered or otherwise - seems to be a blessing in disguise but when it's allowed to pass off with almost 100% approval of bloggers (it would seem) then we will have a future we deserve - poorer, less 'free' and certainly under greater monitoring and restrictions than we ever were before.

Yes, what people absolutely want to hear is:

"I'm from the Government, and I'm here to help"

The lies of the demagogues are being starkly exposed.

Trouble is, they still do, and whether it's Bolsonaro, Trump, Johnson, Orban or whomever, when people find themselves in the middle of a quicksand, then they rapidly blame that leader for having taken them there, and absolutely not themselves for having been cretinous enough to follow them.

Rave on Cheese--the socialist scum you fellate caused equal messes without any virus.

Says a mindless whore of the anti-democratic EU

A nice little list from Cheesy, with the possible exception of BJ of the most sensible leaders on the planet.

I suppose one could add Ji (aka Winnie the Pooh), or (Ras)Putin, although such people and their ilk have their own personal interests at heart rather then those of the people they govern, but those interests are frequently similar to the people that don't elect them, but suffer them.

As for BJ, he has acquitted himself quite well, up to a point, but I still don't care for his party or his likely trajectory.

Boris under pressure on lockdown.

Is it the case that Macron lectured him on the science of isolation, something that experts (not the Dom/Brexit/Gove kind) have advised on?

Perhaps Boris is delaying the inevitable so that he can paint his as a sovreign decision. There again, this might be a case of the UK working to higher standards than the EU.

'Trouble is, they still do, and whether it's Bolsonaro, Trump, Johnson, Orban or whomever..'

I'll let the figures do the talking:

40 million killed. USSR under all other leaders.

1 million killed from genocide; this does not include war casualties. Afghanistan under Brezhnev. Communist. 1979 – 1981.

It is because socialism, as a system, is based upon using force against your fellow citizen that it also so happens the worst atrocities visited upon citizens by their own governments have been inflicted by socialist governments.

Sir, with all due respect i totally disagree on the above.
no subsidy should exist, ever. and is not "we" awarding subsidies, is "them". this alone should be good reason.
subsidies only create resources misallocation, and pick losers and winners at total discretion of bureaucrats and politicians.
"greatest total benefit for society and nation" is a collectivist concept that was the excuse for the worse crimes in history.

i think that the current events in italy, spain etc are an extremely good argument for the rolling back of the central states to more modest dimensions. unfortunately, it will be used as excuse for further expansion.

Just following on from Dave_G's thoughts, today, my first back in this blessed isle for a month, had to go to Boots, a big one, loads of empty shelves of hygiene stuff, gel, wipes and the like but also perfumes creams??!! Had me thinking that we have just had Black Fortnight...no, not something akin to the Blacck Death but an amazing extended Black Friday as the world is now calls massive (senseless) buying.

Careful what you wish for, look what happened to the A Ark and the C Ark.

A notation in the Guide about Golgafrincham after the departure of the B Ark states that the entire remaining population subsequently died from a virulent disease contracted from a dirty telephone.

With over 50% of the House of Frauds in the highly vulnerable category and not turning up each day to collect their £350, it is blindingly clear that we really don't need 800+ Titled and Entitled Parasites leeching off the public purse.

And with half the nation working from home and demonstrating that they don't have to spend a significant proportion of their day travelling to and from their home to their place of work - or from city to city - to function, it is also clearly demonstrating that HS2 is unnecessary before it's built. So scrap it.

Dave G
You are an ignorant idot - presumably would vote for Trump?
No, it's real, unfortunately - get over it